The $500 million fibre optic deep-sea cable connecting New Zealand with Australia, the Pacific and the United States, is open to digital traffic. 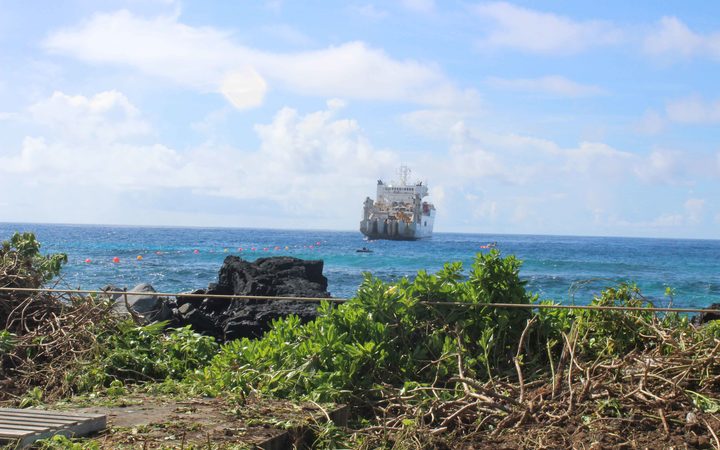 Anchored about 1,000 feet off the shore of Fogagogo, in American Samoa on 21 April the vessel , Responder, laying the Hawaiki cable to the Fogagogo landing station. Photo: RNZ Pacific /Fili Sagapolutele

The cable was first mooted back in 2012. Construction began in 2016 and took 27 months to complete.

It will deliver 43 terabits of additional capacity to the Pacific region, meaning it's a faster, bigger internet connection to the rest of the world. 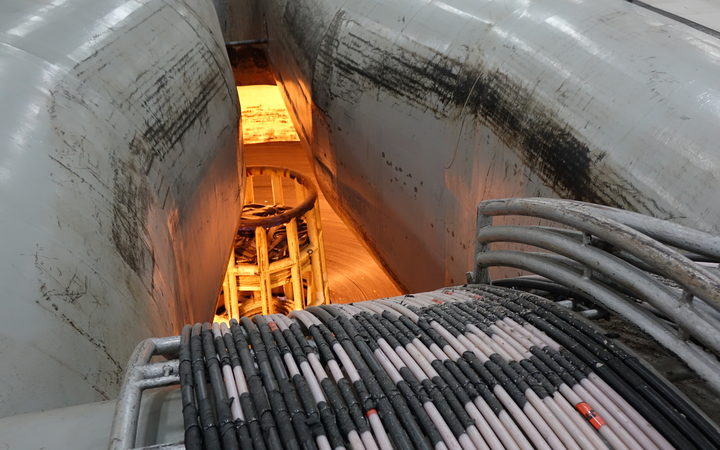 The Hawaiki Cable takes a different route to both of the other cables that connect New Zealand to the rest of the world.

If anything happened to one or both of those cables, the Hawaiki Cable would be available to secure the country's internet connection, Mr Hutier said.

In the Pacific, American Samoa is already connected to the cable. There are several stubbed branching unites that will enable the future connection of New Caledonia, Fiji and Tonga.