Native trees could help clean up lakes and rivers and provide a solution to New Zealand's nitrogen and effluent problem. 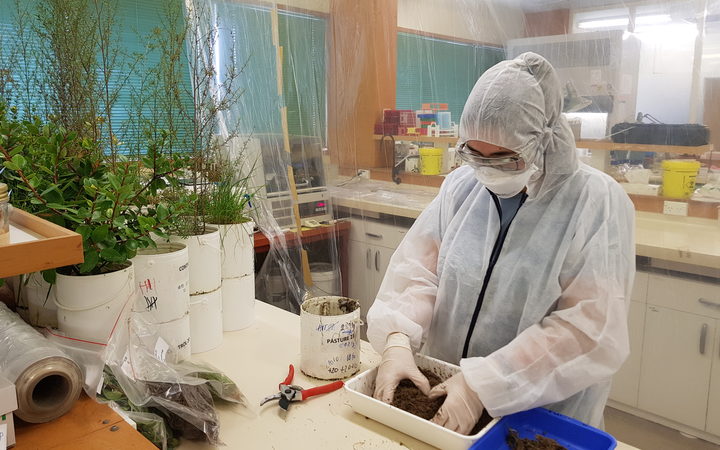 Scientists are testing pathogens on native plants to see if the have the same potential as mānuka killing off E coli. Photo: RNZ/Kate Gudsell

Previous tests have shown E coli died off much faster under mānuka than under pasture, and significantly reduced the leaching of nitrate compared with pine trees and grass.

Now a team of Environmental Science and Research (ESR) scientists based at Kenepuru Science Centre in Porirua are testing whether other native plants have the same potential.

The team have grown rātā and horopito in pots as well as regular grass and have applied dairy shed effluent to the pots to test what leaches out. 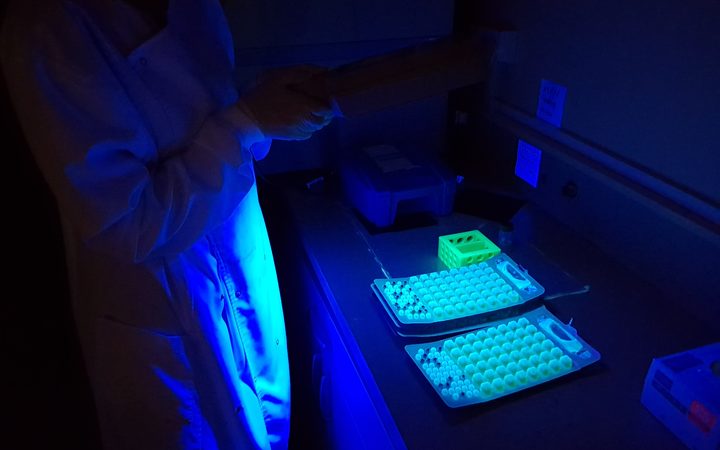 A scientist uses to white light to test for E coli in samples. Photo: RNZ/Kate Gudsell

The key finding they are looking for is whether natives remove E coli faster than pasture and exotic tree species.

Earlier lab tests show that the root system of mānuka trees can significantly reduce the bacteria counts and nitrate level in soils.

Science leader of the ESR's biowaste team, Maria Gutierrez-Gines, said they did not know how it worked yet, but they thought the native root systems may release compounds that pathogens did not like, so they either died or did not grow. 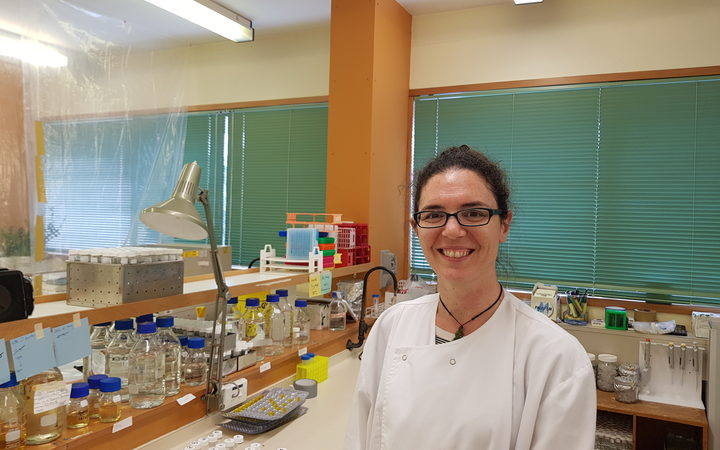 Farmers in Waikato and Wairarapa have already volunteered their land for field trials to see if mānuka can reduce E coli from leaching into waterways in a farm catchment.

The natives are also being tested to see how fast they remove nutrients like nitrogen as well.

Dr Gutierrez-Gines said another benefit of using mānuka for farmers was the possibility to produce honey and diversify a farm's income and to have a better biodiversity in riparian plantings.

The team think the natives will make a big difference to pathogens in soils and hope to have some solid results in the next few years.