Angry Waitaki residents want answers as to why their local campsite is being overrun by tourists. 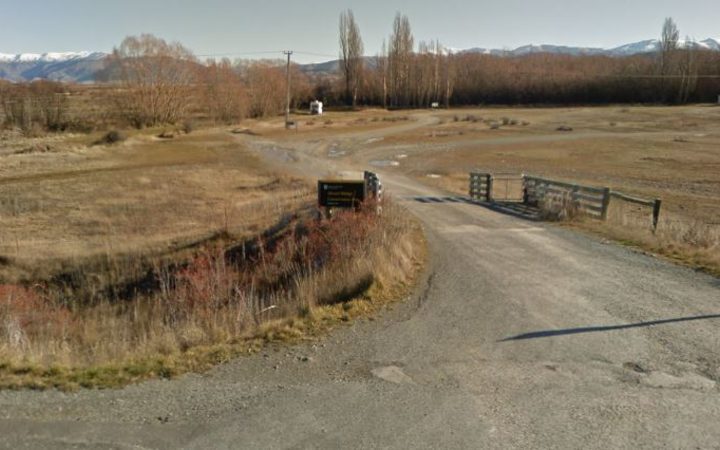 The Ahuriri River Bridge Campsite in Omarama is on the route between Tekapo and Queenstown. Photo: Google Street View

The Ahuriri River Bridge Campsite in Omarama is on the route between Tekapo and Queenstown.

Residents are calling for local leaders to front up and explain how the problem will be fixed, before summer.

Overcrowding is becoming more common at Department of Conservation (DOC) owned campgrounds around the country.

The Ahuriri River Bridge Campsite, situated one kilometre from the Omarama town centre, has one toilet, no shower, no washhouse and no kitchen facilities.

"This site has been very important to quite a few generations of Omarama people. It's been like that for many, many years, and there is a campsite there now.

"It is slowly being trashed - as in waste of all kinds, including human. It's terribly overcrowded," she said.

The group has called for a meeting with DOC, who run the camp site, and the Waitaki District Council.

Ms Patterson said someone needed to take control: "We absolutely must have a plan going forward, and we need action now before the start of the main busy tourist season."

"Tekapo and Twizel have just gotten busier and busier. Omarama is on that route, and it's feeling the impact when it comes to the freedom camping side of things," he said.

"You've got a lot of people in campervans, who want somewhere to stay. There's a lot of pressure happening, particularly at Tekapo, and Omarama is probably the second busiest."

Mr Kircher said the council had approved funding for other problem areas, including central Omarama.

He said he was also willing to consider installing better infrastructure at the campsite.

"There's no doubt there's some irresponsible camping going on. We want to make sure we've given people every opportunity to be responsible.

"If we can do that, and then after that, you've really got to start looking at penalties and restrictions. We don't want to get to that stage."

DOC was given about $182 million, to be invested over the next four years, in this year's Budget. Of that, $5.5 million will be used to manage the impacts of visitors to public conservation land.

Twizel office operations manager Sally Jones said it had been known for some time that the campground was overcrowded.

But she said it had not had the funding to do anything - up until now.

"Our capital is allocated nationally based on priorities. When we look across the country at where the most need is, it hasn't been in our district until recently," she said.

"That's why we're now able to be doing things for this coming season."

A community meeting about the campground will begin at 11am at the Omarama Memorial Hall.