A third of young people with type one diabetes are purposely not taking insulin, or are at risk of avoiding insulin, in order to lose weight. 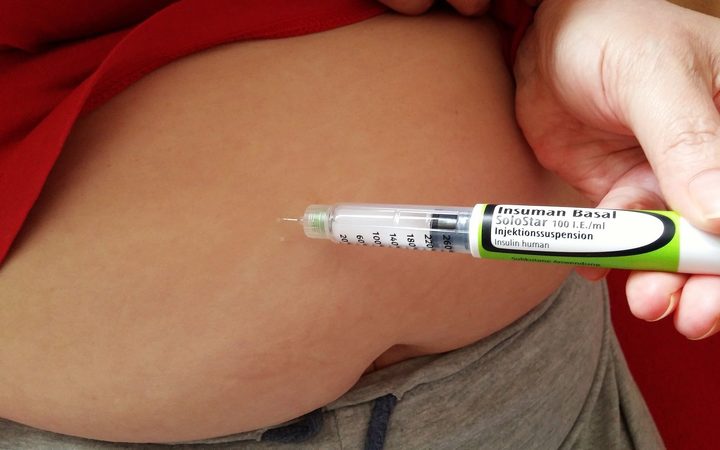 The disorder - termed diabulimia - is not a recognised eating disorder, but health professionals are warning it is a major issue that needs to be addressed.

Pediatric endocrinologist Paul Hofman lead the study looking at 300 diabetic adolescents in Auckland and Waikato, aged between 12 and 25.

Of those categorised as "high risk", 75 percent were female.

He said the disorder is a major issue which affects around a third of this population.

"It is something that we're not identifying and it's something that is relatively straight-forward to manage but we currently have nothing in place to offer for this group."

Mr Hofman said Māori and Pacifica adolescents were at a higher risk than European and Pākehā youth.

"There was a really major ethnicity issue. So the odds of having an eating disorder for Māori was about twice as much and Pacific Islander about five times as much.

"I certainly didn't expect that."

He said the study proved what experts thought was probably happening in New Zealand, but up until now, had no data on.

"You could argue there's maybe a little bit of 'head in the sand - we don't really want to know because we can't do very much', but I think we've gone past that and we've now got clear evidence that this is a substantial problem and that we actually need to start looking at finding the resource to treat it."

He said while the study was relatively small, he was confident it was a fair representation of what was happening around the country.

"What was interesting is there was no age effect, so it didn't matter if you were a 12-year-old or a 25-year-old your risk was the same, so arguably we could go down to ten or eight years old and we'd still see it."

"I think we could do a broader study but it's not really going to change what we know."

Also involved in the study was eating disorders expert Roger Mysliwiec who said the effects of omitting insulin were severe.

"This behaviour leads to high acute risk as well as long-term risks, including cardiovascular complications, possible blindness and kidney failure."

He said it was potentially fatal.

"I would say that is definitely a possibility, we have seen people with very severe complications, but we don't know statistics about that because people can die of severe hyperglycemia or other complications that are related to the diabetes, so the eating disorder wouldn't necessarily be given as cause of death."

"If we look at it in terms of health costs, of someone with long-term diabetes who starts suffering from severe physical complications, which has other implications in terms of their capacity to work and risk of developing depression and so forth.

"If we look at the bigger picture, early intervention is so much more effective and cost-effective."

Lisa Ingle, the founder of Diabetes and Eating Disorders Awareness (DEDA), said she was hopeful the study would bring greater awareness of the issue, and encourage health groups to collaborate and come up with solutions.

"I think we've really just hit the tip of the iceberg in some ways and we have shown that this a problem in New Zealand and this is something that's affecting people with type one diabetes.

"I think the number one thing that needs to happen is collaborating between the eating disorder and diabetes services."

She said DEDA was a place people could come to for support and information.

"Our main message is hope."