The employment conditions of under-fire courier drivers forced to leave sign-for packages unsigned for, or risk a pay cut, have been revealed. 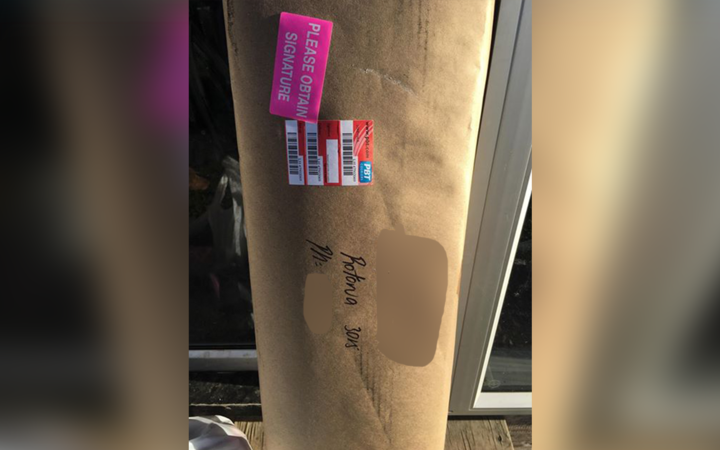 A PBT Couriers driver left this package, with a gun inside, leaning next to the front door because no one was home. Photo: SUPPLIED

The document stated they are expected to do between 10 and 12 hours a day Monday-Friday, and a half day on Saturday. They were required to buy their own vehicle fewer than five years old, pay for branding of about $2000, uniform for $500, and a package scanner for $2500.

They were also expected to pay for insurance at the cost of between $3000 and $3600 a year: Full vehicle, public liability, statutory liability, and carrier liability.

All of this cost is for what David Mara of Christchurch Budget Service said was for little money.

"Every contractor we have seen, the hourly rate is less than the minimum wage."

As contractors they did not have protections employees were afforded, he said.

Jim, who did not want to use his full name, worked for PBT and made only $100 a day after expenses.

However, some drivers who spoke off the record to Checkpoint said they could make over $30 an hour in high density areas.

The First Union transport and logistics secretary Jared Abbott said courier drivers were under direct supervision and control of companies without any benefits of being so.

"Essentially you're just an employee who has to pay all their own ACC, pay their own taxes and take all the liability if anything goes wrong.