Two stores in the Far North that were selling P-pipes have taken them off the shelves after a plea by locals.

The glass pipes are commonly used to smoke methamphetamine. 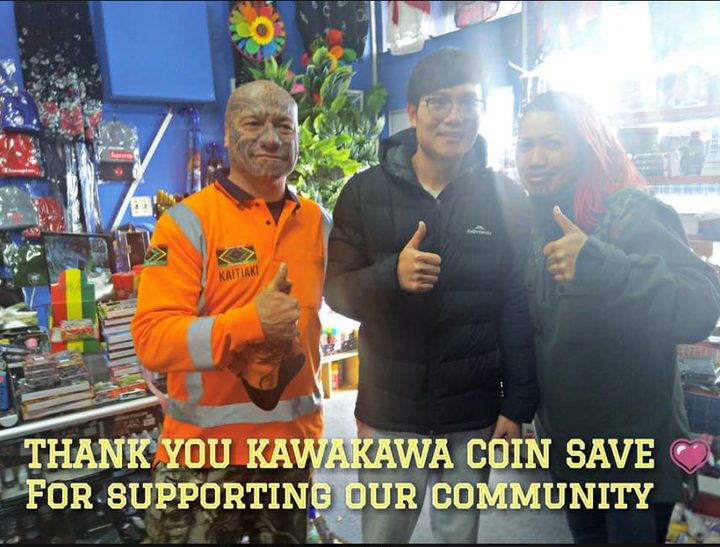 Erana Paraone and partner Wiremu Keretene, who are campaigning against the drug, this week politely asked the manager of the Kawakawa Coin Save shop to stop selling them, filming their approach in a video that's gone viral.

To their delight the owner of Coin Save has agreed.

"It's really awesome to have their support, I'm so happy, it's exactly what we wanted," Ms Paraone said.

"They've also taken the P-pipes off the shelves in Kaikohe Coin Save shop as well - they are managed by the same person."

Ms Paraone said the couple were under no illusion that pulling the pipes from sale would stop people smoking meth, because they could use other utensils.

But having them on open display, especially at a child's eye level, normalised the use of the drug and implied it was acceptable, she said.

"The majority of our children come into these shops because everything's so cheap and it's easy to buy clothes and toys. We just don't want our children to see that [the pipes] on the shelves any more."

The couple had been inspired to take action at the request of whānau who were trying to help family members addicted to meth.

"It's the underlying issues, poverty, unemployment, upbringing over generations ... that all add up and this is why people are turning to the drugs, just to escape their misery really.

"Where I live, in an isolated community out in the country, all the youth are taking it. I try to work with them and tell them 'look it's no good', but you can't help them 'til they're ready," she said.

A lot of people in her family and community working long hours and shift work were using meth to stay awake for work, including long-haul truck drivers, Ms Paraone said.

The Far North couple said they were now working on a petition to ban the importing of the glass P-pipes nationally.

"For our whānau we'd do anything - that's what inspired us to make changes in our town, and hopefully with the video and the outcome people can be inspired to do the same for their town.

"All it takes is going in, be humble, and ask if they can take [the P-pipes] down," Ms Paraone said.

Police said it was up to shop owners whether they stocked glass pipes commonly used to smoke methamphetamine.

Whangarei Senior Sergeant John Fagan said it was not illegal to sell pipes unless there was evidence they were being used unlawfully.

Officer regularly recovered glass pipes used for smoking the drug, and police applauded anyone taking steps against methamphetamine, he said.