Three men are in custody after a police pursuit that lasted more than an hour in Waikato early this morning. 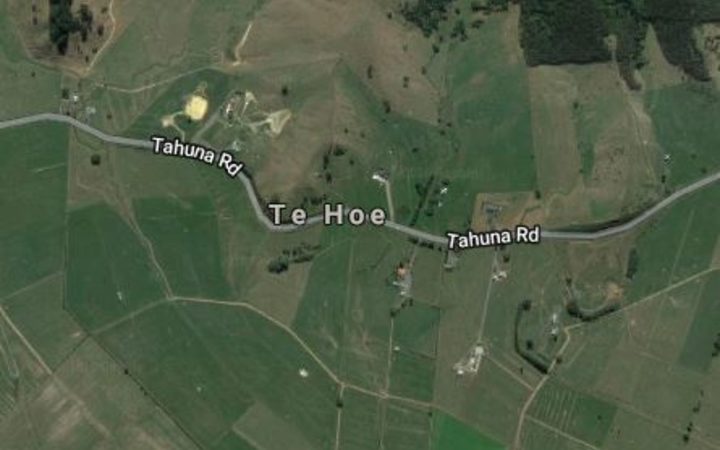 The car crashed into a paddock near Te Hoe. Photo: Google Street View

Police spotted a stolen car in Ngaruawahia shortly after midnight and signalled the driver to stop.

Senior Sergeant Pete Simpson said at one point the vehicle stopped and a man carrying a sawn-off rifle got out.

It eventually crashed into a paddock near Te Hoe and two other men were found hiding nearby and arrested, Senior Sergeant Pete Simpson said.

The car also rammed a police vehicle during the pursuit, which began in Ngaruawahia shortly after midnight.

Mr Simpson said the three men would appear in the Hamilton District Court today to face a variety of charges.