A man fears racial bias has thwarted his Indian parents' application to move to this country. 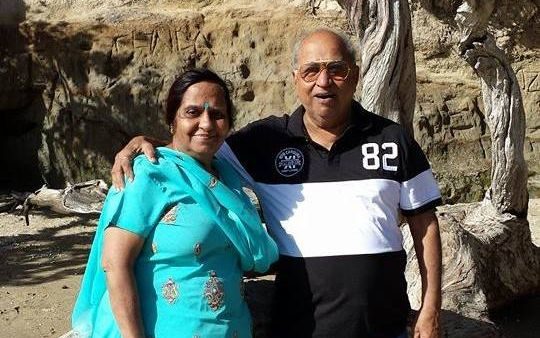 And a woman whose Muslim-Indian husband was turned down for a visa four times said Immigration New Zealand had been involved in ethnic profiling.

Jatin Khurana said his family was heartbroken with Immigration New Zealand's decision to reject a residency visa for his Indian parents and they feared an anti-immigration push was behind it.

Immigration New Zealand believes Mr Khurana's mother, Sarla Khurana, has had breast cancer in the past, but her family said hasn't and provided evidence she had suffered a breast tissue injury.

"At the end of the day case managers or people who are assessing the application are humans are individuals they do get influenced by this negative publicity, or false news that's floating around," said Mr Khurana, who works full-time in NZ.

"I think the falsehood of the whole situation impacts people and their decision-making, so they get influenced in a subtle way."

The father-of-two, who is an only child, said his father Bhim Sen Khurana was a retired bank manager, and his mother a teacher and they had visited them twice in Auckland.

But because of the health findings in the residence decision, Immigration New Zealand will now not even grant them a grandparents' visitor visa, which means they have not yet met their youngest grandchild, who has just turned one.

He said Immigration New Zealand seemed to believe his mother had undergone surgery to remove a lump.

She has now undergone four assessments, because she was concerned she may indeed have cancer, but specialists found no evidence of it and think there is scar tissue from an old injury.

Mr Khurana said that far from the compassionate changes people had been expecting from the new government, Immigration had actually tightened up in the last few months.

He said to not approve a visa in their case was obtuse because the family earn good incomes, had properties, and his parents would make a good contribution to New Zealand.

"I think there is something going on, there is anti-immigration sentiment, especially if you're trying to come from India or China - that could be one of the reasons but of course, no-one's going to say that," he said.

"They're rather focusing more on negatives so that they can decline people.

"I'm pretty sure, being a government department, it's hidden, they wouldn't say it out in the open, but they will find excuses not to grant visas."

Immigration New Zealand (INZ) said in a statement it understood the family's disappointment at the decision, but it was following specific rules and criteria.

"As part of her application, Mrs Kharana provided a medical and chest x-ray certificate as required," said an INZ spokesperson.

"These were examined by two medical assessors and both determined that Mrs Kharana did not meet the health requirements for permanent residency.

INZ said it had advised her of her appeal rights.

Sofia Ali Malik said she too was convinced her Muslim-Indian husband's partnership application was treated as fraudulent because of ethnic targeting and she believed Immigration New Zealand was racist.

"We do believe that we have been profiled as ethnic profiling, I strongly believe that. It's to do with Indians because straight away they say 'oh, people from India ok' - that's what they are, they are fraud people.

"I'm very very angry with Immigration. It makes me feel very frustrated that they would do something like this in New Zealand, in this country."

She and husband, Inamul Haque, speak every day.

Their three-year fight goes on and they have appealed his rejection to the Ombudsman.

Immigration New Zealand said that they did not believe the couple's marriage was genuine because they had not lived together.