Staff at Te Papa say they have been left in the dark as to why the national museum's being restructured again. 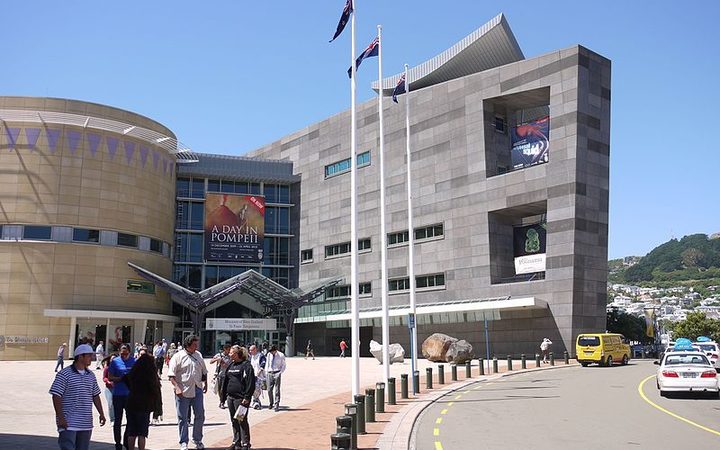 RNZ has been leaked a copy of the document outlining the proposed shake-up, and had spoken to staff who said they feared the country's treasures wouldn't be looked after properly, once staff numbers were reduced.

The proposal document was given to staff on 21 June. About 50 jobs are affected, and 20 to 25 jobs could be lost.

It said the changes would lead to better planning, swifter decision making, and better connections with audiences.

One staff member - who wanted to remain anonymous, said Te Papa chief executive Geraint Martin told staff there would not be any more restructures after he was appointed in March last year.

The museum saw restructures under the past two chief executives, Michael Houlihan and his replacement Rick Ellis - Martin's predecessor.

The news there would be a restructure came as a surprise to staff, the source said.

"People felt shocked a little bit because the timing of it was such that we had finished our art area and I think that had been well received, people had worked hard and felt proud about that."

The biggest shake-up was in the collections area - and there were fears those collections - some of which were started back in the 1800s, wouldn't be looked after properly, or exhibited.

The downsizing was happening in teams where people had been suffering since a large restructure in 2013. These were people that put the exhibits together, the source said.

It wasn't clear exactly why the restructure was happening.

"I think that's why it's difficult. We've been made to understand that there isn't a crisis financially, and we're just not sure as to what the reasoning is, it's difficult to get that from the document."

A former manager of collections at the museum, Dr Mike Rudge, had written a letter to Te Papa's board.

He was asking the museum to assess whether it could fulfill its statutory obligations around collections, if it cut staff.

Te Papa had one of the finest collections of marine mammals in the world, he told Nine to Noon.

The collection was being looked after someone who's looking after all vertebrates, but is a specialist in fish.

Dr Rudge said it did not make sense to have people look after other areas outside of their expertise.

There were also concerns decision makers did not really know what it was staff did at the museum, or the importance of their work.

Anton van Heldon, who used to be the collection manager for marine mammals at Te Papa and was made redundant in 2013, was worried over further changes to the collections area.

Mr van Heldon said it was important people looking after collections had a thorough understanding of what they looked after so they could facilitate research, keep up community relationships with those connected to collections, and keep adding to them.

But, that was a hard thing to grasp, he said.

"You think they're just a bunch of items on shelves (but) every individual item has a story, whether that story is one of connection to the people that collected it, whether it's the story of the animal itself, or the story of the biological relationships that those different specimens can tell us about."

Collections were real living things and the life blood of them were the collection managers that looked after them, and curators that understood them, Mr van Heldon said.

The changes would affect staff in five different areas - Audience and Insight, Collections Research and Learning, Museum and Commercial Services, Finance and Operations, and Strategy and Performance.

Te Papa spokesperson Kate Camp said the restructure was about "responding to changes to society and technology, and being in the right shape for the future".

"Over the last 20 years, Te Papa has changed to stay at the forefront of museums. To do our job we evolve and adapt, like many organisations in New Zealand."

Caring for the national collections was at the heart of what Te Papa did - "that will never change."

The cuts to the department were because technology was changing, and the museum wanted to modernise its approach - in terms of how those collections were cared for and accessed.

"We have consulted with staff to identify the best way to do this, and our proposals will undoubtedly be improved by their feedback."

Ms Camp said PricewaterhouseCoopers was helping with the restructure.

"Until decisions have been made it wouldn't be right for us to comment in detail on the proposals," she said.

"We realise that proposing changes to the way we work can be unsettling, and we appreciate the work of our team as they continue to deliver to a very high standard."