Parents of children with severe epilepsy say the cost of marijuana-based medications is a barrier to potentially life-changing treatment. 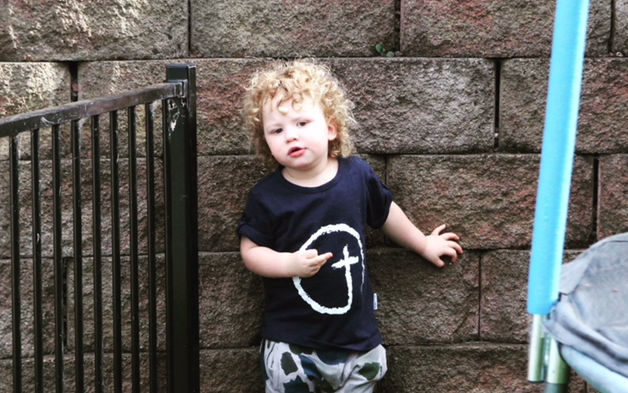 The cannabidiol medication called Tilray CBD is now being prescribed to New Zealand patients but, with some facing a bill of about $1000 a week, many families are finding it unaffordable.

Two-year-old Jai Bowers-Anstis from Te Awamutu has had epilepsy since the age of nine months, when he contracted a virus that left him with extensive brain injuries, retractable epilepsy, and infantile spasms.

His mum Jaimie Bowers-Anstis said he was having up to ten spasms a day - which could last up to ten minutes.

When the spasms went on for up to ten minutes they would give Jai an emergency medication called midazolam which would stop the seizure, she said.

Before they started using Tilray CBD oil, they were often using midazolam once a day.

Tilray Cannabidiol, referred to as CBD, is a marijuana based medicine which is high in cannabidiol, one of the more than 85 cannabinoids found in cannabis. It does not have the psychoactive effects associated with THC.

Ms Bowers-Anstis said that in the last nine months that her son has been using CBD his seizures had halved.

"A good day for us is probably three seizures a day," she said.

"His co-ordination and balance has improved so much that he's fairly close to being a normal child in that aspect, he has a lot more concentrated learning moments of play. So he will actually sit down and play with a toy and engage with it in a normal type of way.

"He's just a lot calmer in himself, not so upset and agitated. The agitation has definitely decreased hugely."

But Tilray CBD doesn't come cheap. The Bowers-Anstis family pays $1300 a month for the drug and, as the dose is based on weight, the cost is only going to go up.

The family have already sold their house and downsized in order to get a nest egg of $30,000 to spend on the drug. Ms Bowers-Anstis said they were only able to continue using the drug due to support from family and friends who had donated to their fundraising.

In Christchurch, Kylie Griffiths's 11-year-old son who has had seizures since he was two, now has seizures every day - sometimes all day and night.

She said the drug had the potential to make a big difference for her son but at the potential cost of $50,000 a year it currently seems unaffordable

"It's a commitment in the long term too, because if we paid for a year's worth and it works we would have to keep paying and paying, and it can be up to $100,000 for a teenager and that's just not sustainable."

Ms Griffith said she knew of ten other families who were in the same situation as her, and who were also lobbying their MPs in a bid for legislation change to allow greater access.

The price of Tilray CBD is because it has not been approved by Medsafe and has no Pharmac subsidy.

The co-ordinator of the charity Medical Marijuana Awareness New Zealand, Shane Le Brun, said the product was unlikely to get Pharmac approval because, although it has been made to a pharmaceutical standard, it hasn't had the pharmaceutical research to prove it works.

Mr Le Brun said the medical marijuana legislation currently being considered by parliament could help, if it was done well.

His organisation was proposing that if the government allows a medical marijuana industry to be set up, that the taxes are ring fenced and sent back to Pharmac, he said.

"Pharmac would then have a special application scheme just for cannabis, so that the epileptic kids as a highest priority would have a shot at getting funding."

Dr David Bergin, a neurologist at Auckland Hospital and president of Epilepsy New Zealand said he personally thinks such drugs can be useful for some particular seizure types, but he said they were not suitable for everybody.

He would like to see the drugs become cheaper, or even free, but he said that was true of a number of other anti-seizure medications as well.

"I'd be keen to have access to them so we could give them to people who continue having seizures despite the drugs we currently have available."

The Medicinal Cannabis Amendment Bill is currently before the Health Select Committee and a report to parliament is due by the end of this month.