The first of the homes to benefit from a new government subsidy has had insulation installed today. 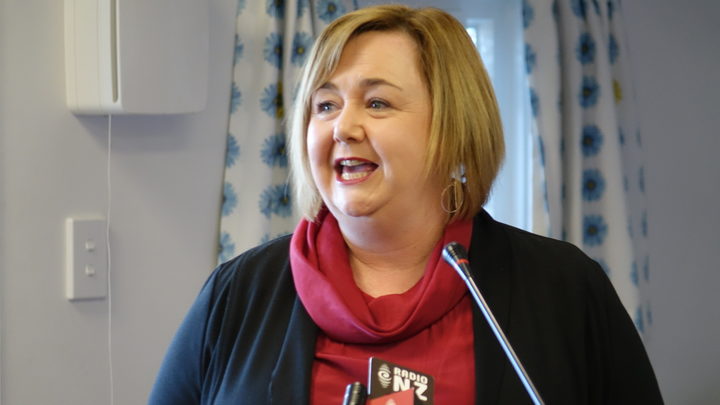 From 1 July, low-income homeowners have been able to apply to have two-thirds of the cost of ceiling and floor insulation covered by the Warmer Kiwi Homes initiative, announced in the Budget in May.

The first house to have work done under the scheme was in Christchurch.

The government hopes to insulate 52,000 homes over the next four years.

Worth $142 million, the extra money is a boost to the previous subsidy which covered a quarter of the cost of insulating a home.

To qualify, a person must own their own home and either have a community services card, a health condition or live in a low income area.

Landlords are not eligible.

The first year of the scheme will involve money for ceiling and floor insulation only, but from July next year people will able to apply for help with buying home heating.

While the move is being welcomed by many, some say it is not enough and may miss the mark completely.

On hand at today's launch in Christchurch was Lynne Hills, who had just recently had her ceiling insulated thanks to the scheme, and said she was already noticing the difference.

"I had insul fluff in the roof which has been there probably 15 years and I haven't got any double glazing, so the house was a wee bit chilly so I live in the main area and use one bedroom and one bathroom. Now I've got insulation, it's amazing."

Pam Wootton-Peters opened her home up to Energy Minister Megan Woods and a scrum of media today to show everybody the newly installed insulation at her house.

She said it was like living in a different home.

"When I bought the house I thought I would be sweet as, but I wasn't and yeh, I was wearing four layers of clothing and I was still very cold."

The money was available to any homeowner who had a community services card, had health problems or was living in a low decile area.

Dr Woods said it would go a long way to helping retirees struggling to keep their power bills under control while at the same time ensuring their homes were warm.

However, beneficiary advocate Alastair Russell said many poor people would end up missing out because most did not own their own homes.

He said requiring those on low incomes to pay a third of the cost of the insulation could be a stretch.

"They would probably be incurring debts to make that happen," Mr Russell said.

"People on low incomes do not have large amounts of money saved in the bank. Their money goes on day to day and week to week expenses."

New Zealand Green Building Council chief executive Andrew Eagles welcomed the money but said it was too little and was not being made available soon enough.

There were about 800,000 homes in New Zealand that did not have sufficient insulation and that the latest scheme would only fix six percent of these houses over the next four years, Mr Russell said.

Stricter rules around the health of a home would be more effective than increased subsidies, he said.

"We have tens of thousands of children who are sick each year, we have 1600 excess winter deaths," he said.

"[Better homes would mean] a more productive workforce and lower costs for DHB's. When they insulated homes [DHB's] saw a 50 percent drop off in frequent flyers in Christchurch and Gisborne."

The government was now consulting with landlords about new rules for rentals that would require them to be properly insulated and have a heating source within the next six years.