A lobby group wants the Auckland Council to shut down several housing developments because they're killing a treasured marine reserve.

More than 100 community members this morning presented the council with a report critical of work bordering the Long Bay Okura Marine reserve, north of Auckland.

The Long Bay Okura Great Park Society called the marine reserve the jewel in the crown of Auckland's Hauraki Gulf but said it was experiencing "death by a thousand cuts."

Numerous building developments nearby - including major earthworks at Long Bay and Weiti - are causing tonnes of soil and other sediment to pour into the fragile ecosystem.

Society spokeswoman Fiona McLaughlin said wetlands have become clogged with a thick layer of sediment, which is thought to have led to the mass death of cockles earlier this year.

She told the Environment and Community Committee that the council's own information showed as many as 92 per cent of developments in the area had not been complying with their resource consents over the past two years. 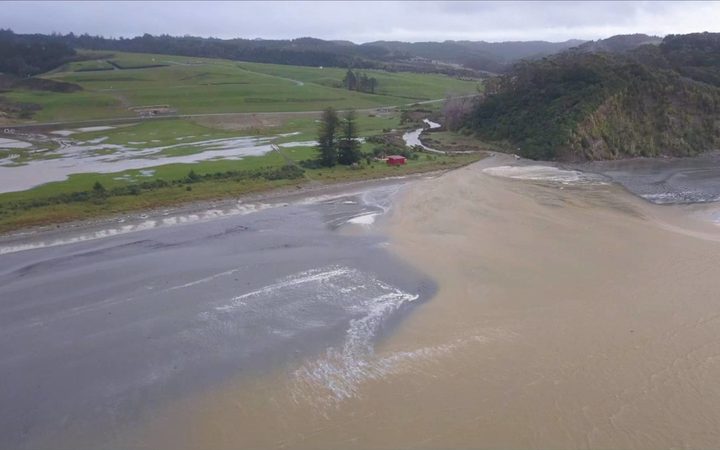 Tonnes of soil and other sediment, from nearby developments, are pouring into Long Bay Okura Marine reserve. Photo: Supplied/Geoff Reid

"The data and reports that we have collected show that extremely high levels of sedimentation and heavy metals are entering the marine reserve and that it is causing serious harm to the marine and coastal ecologies, and that current sediment control systems are failing badly," Ms McLaughlin said.

They needed to be completely shut until better systems were put in place, she said.

"The issue is now in such a serious state ... that we can't see any other solution there."

Environmental consultancy Ecoast specialist Shaw Mead told the council the sediment retention and stormwater management systems did not work when there was more than 15 millimetres of rain in a 24-hour period.

"The normal stormwater and sediment treatments are not adequate to protect the Long Bay Okura Marine Reserve," Mr Mead said.

"We need higher standards [because] the continued inputs are just going to lead to more and more stress and more and more impacts like the die-off of cockles we've seen." 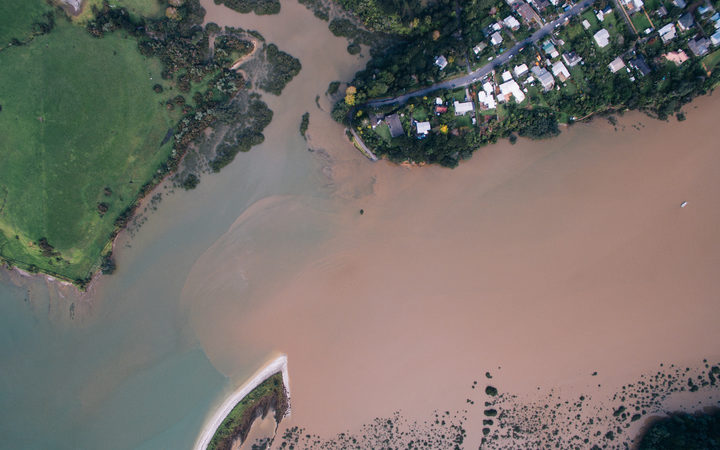 The Long Bay Okura Marine reserve is faced with pollution from nearby developments, according to groups lobbying for their shut down. Photo: Supplied/Geoff Reid

Mr Mead, who conducted a review of the sediment being pumped into the reserve, said there were many ways to make the retention better - and it could even be shored-up enough to deal with a 100-year weather event.

Councillor Penny Hulse, who chairs the Environment and Community Committee, said improving the reserve could pave the way for better management of sediment runoff throughout the Auckland region.

"This almost feels a little bit like the canary in the coalmine," she said.

The council said it would keep talking with the group and consider the issue again in August or September.