An Auckland iwi treaty settlement body is calling for prosecutory action after a previously unknown archaeological site was damaged on Motutapu Island in the Hauraki Gulf. 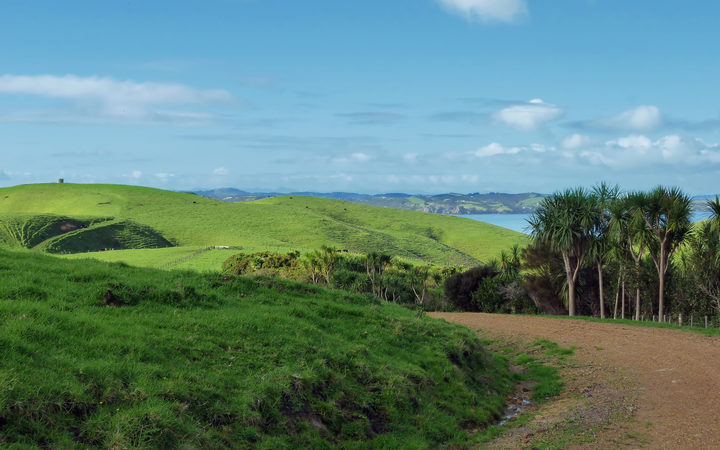 Motutapu Island, owned and managed by the Department of Conservation, holds an extensive history of Māori settlement.

It's farmland is currently leased by Auckland man Rick Braddock, who has farmed the land for 27 years.

Mr Brown said iwi have been fighting to have their concerns heard over the mass cow burial for seven months.

They went to the Department of Conservation first before taking their allegations to Heritage New Zealand, who have prosecutory authority.

Department of Conservation Auckland Inner Islands operations manager Keith Gell said Heritage New Zealand had discovered there had been a slight accidental disturbance of a corner of the midden.

"The cows were buried at a location that, according to the map, was free of archaeological sites. That's because no one knew the midden was there because it was hidden underground.

"In digging a hole to bury the dead cows, the farmer was unaware he'd slightly disturbed the corner of a midden."

He also said a veterinarian had established the cows died as the result of eating fruit from sycamore trees growing the island.

He says he worked with the Department of Conservation to determine an appropriate burial location and denied claims he wasn't working in the best interests of the animals and land.

"I would be extremely upset to think that I had damaged an archeological site, or midden site. If that is the case then I would request a review of the process that has been carried out and I'm more than willing to work with Heritage New Zealand, iwi and the Department of Conservation to come up with a better process."

A Heritage New Zealand spokesperson said they couldn't provide a timeframe as to when the investigation would be completed but said they took allegations of site damage very seriously.

"As such, Heritage New Zealand needs to ensure that any investigation is as detailed and comprehensive as possible in the light that unauthorised damage is a criminal matter."

Mr Brown says despite the months that have now passed he is no closer to getting answers over the disturbance of the archeological site.

Meanwhile, Ngāi Tai just had its third and final reading of bill in Parliament over own settlement with Crown that includes exclusive sites on Motutapu Island.