Nurses will strike on Thursday after rejecting the latest pay offer from their district health board employers.

With very high voter turnout at yesterday's ballot, the result of the nurses vote was closer than last time.

Rejecting the offer, a nationwide 24-hour strike is scheduled to begin on Thursday at 7am and will finish at 7am on Friday.

Watch the announcement of the vote:

"Our options are narrowed and we are having to strike to achieve a better offer that secures additional money into the collective agreement to address outstanding member issues," said Industrial Services Manager Cee Payne.

Ms Payne said there will need to be additional funding put on the table for the nurses to call off the strike.

"That's the best we're able to do," he told a media conference. "We're not kidding when we say that."

The pay offer was the "highest pay increase by far for nurses in 14 long years", he said.

"We offered $500 million dollars. That is a massive increase upon what they were offered when we became the government.

"We've doubled it - and found 500 new nursing places and new career steps for them to move more quickly up the scale."

Mr Peters said there was still time to avert the strike and was hopeful of reconciliation.

The industrial action would cause "disruption to health services nationwide", he said.

Today's announcement ends weeks of negotiations between the country's 20 DHBs and the nurses union.

There was a clear shift in the vote and a lack of trust in DHBs is a big issue for nurses, Ms Payne said.

The organisation wants to assure the public that patient and public safety is paramount at all times.

In the event of a natural disaster taking place on Thursday, it said there is a protocol in place to respond appropriately.

Nurses have not gone on strike for 30 years and never under current Life Preserving Services (LPS) agreements designed to ensure patients are safe and well cared for during a strike. 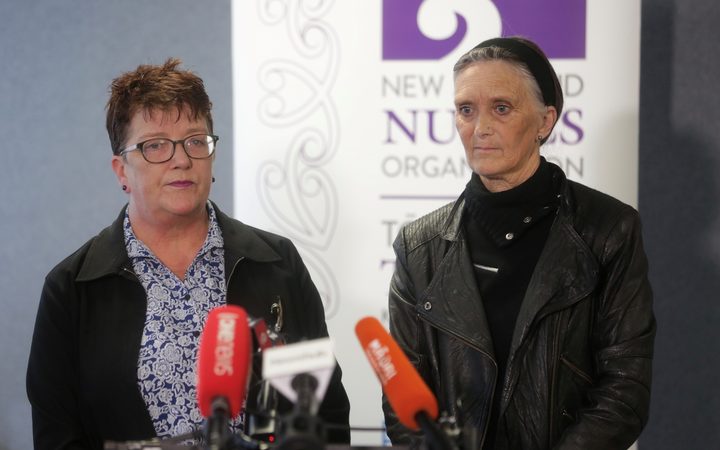 Many staff covered by the DHB Midwifery Multi-Employer Collective Agreement (MECA) have agreed to provide life preserving services over the duration of the strike.

"Life preserving services and contingency plans are coming to completion with the 20 district health boards. We are confident that these will be in place as patient safety and public safety is paramount," Ms Payne said.

She said in the event of a "no" vote the DHBs yesterday requested facilitation resume as soon as possible, but the union was required to respond to this request without knowing the outcome of the ballot.

The unavailability of additional funding to support an improved offer led the organisation to conclude that facilitation is not the appropriate forum to address the current difficulties.

But efforts to avoid a strike will continue.

In a surprise move this morning, the Employment Relations Authority has ordered the two parties to meet today in a last ditch effort to avert a strike.

It is believed this will take place after lunch today, said Ms Payne.

"The issues faced and reported by our members have arisen from a decade of severe underfunding of our public hospitals which have failed to keep pace with growing community need, the ageing population and workforce, and increased costs," Ms Payne said.