The house where a man was fatally shot and two other people were seriously injured early this morning was targeted, Hamilton police say. 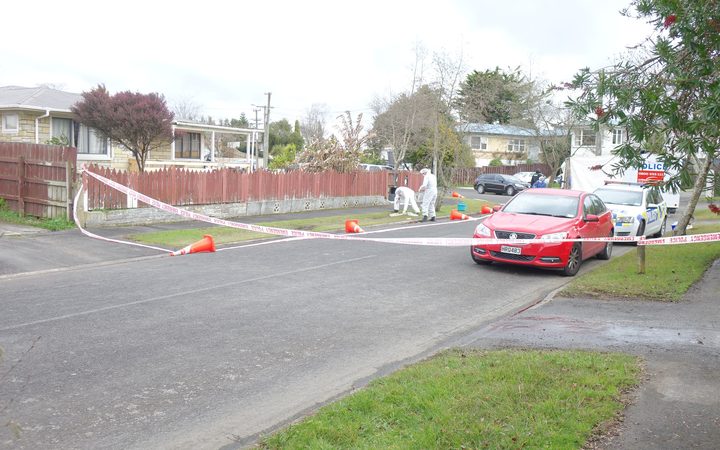 They say the public need not be concerned that the shooter is still at large.

The dead man has been named as 23-year-old Robert Nelson.

His 20-year-old girlfriend is in a serious but stable condition and a 17-year-old male, who is a relation of the homeowner, is in a critical condition in Waikato Hospital.

A fourth person was in the house at the time but was not injured.

The police said a number of shots were fired at the house in Matthews Crescent, Melville, at about 1am.

Detective Senior Sergeant Ross Patterson would not say whether the police know who they are looking for, in connection with the shooting.

He has also declined to comment on whether it was gang-related, or how it unfolded, but said those in the house were getting ready for bed at the time.

Ross Patterson said initial enquiries suggested the house was targeted and there was no indication that there is a risk to the wider public.

"Therefore we don't think the public should have too much concern about [it] as it is not what is described as a person going about randomly firing shots at people," he said.

"It is not yet known what the motive was behind this incident and we are keeping an open mind at this early stage in the investigation."

He said Mr Nelson's death had come as a shock to his family and friends and police were still working to identify the offenders.

Mr Nelson's body is expected to be taken from the house later today.

The street is cordoned off and ESR scientists are conducting a scene examination.

A neighbour, who did not want to be named, told RNZ she had slept through the shooting but said those who lived in the house were "fabulous neighbours".

She said a man in his late 40s, who belonged to the Mongrel Mob, always looked out for her in the normally-quiet street.

"I'd be out in the garden and he'd send someone over to help me."

Mr Patterson said police would like to hear from anyone who was in the area or who saw anything suspicious.

Anyone with information should contact Hamilton Police or report anonymously via Crimestoppers on 0800 555 111.