Primary school teachers have rejected the Education Ministry's pay offer and will strike next month for what their union says is the first time in 24 years. 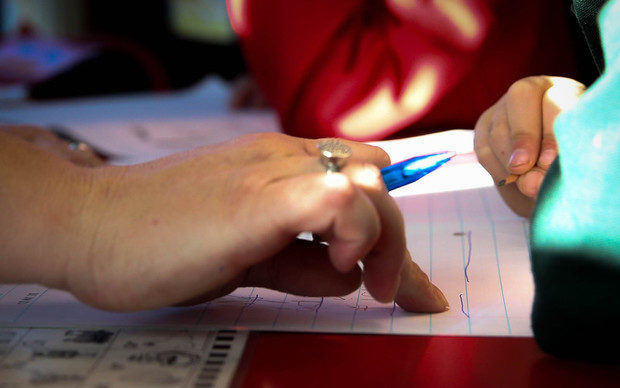 New Zealand Educational Institute (NZEI) union said its members voted overwhelmingly for the half-day stoppage in ballots held over the past two weeks.

The union said some members wanted to extend the strike for an entire day and that could be the subject of a further electronic ballot between now and 15 August.

It has been seeking an immediate 16 percent pay rise and improved working conditions since pay talks with the ministry began in May.

The offer had promised a salary increase between 6.1 percent to 14.7 percent over three years for trained teachers. This would raise the beginner teacher rate to $50,280 a year, and eventually up to $55,030 in 2020.

Principals would receive between 6 percent to 11 percent, which meant the base remuneration for a principal responsible for 50 or fewer students would increase to $92,873 in 2020.

It was argued by the union that the increase was to tackle the teacher shortage crisis and help provide support, specifically for those dealing with children that had special needs.

"It was at levels we hadn't seen before so we know teachers around the country get up ... are keen to find solutions to these issues," Mr Rutherford said.

"The country doesn't have enough teachers and something needs to done about that immediately. At a time when we have got increasing number of students coming into the system, we're seeing mass reductions on people training to become teachers."

Mr Rutherford said it was a shame that when once upon a time teachers were the ambassadors for growth in the profession, they were now turning their backs on it.

"We also hear day after day stories about people considering leaving because the pay and the workload just doesn't lead to any type of work-life balance," he said.

"Now teachers more often than not would actually ward somebody off from becoming a teacher because it's just not worth the workload."

"We are disappointed escalated strike action is being discussed while negotiations are ongoing."

"The ministry's negotiations with NZEI will continue over the coming weeks."

"Teachers and principals in our meetings we've held all round the country realise this isn't go to be easy. The government have got fiscal constraints, we're aware of that, but quite simply there cannot be any second measures when it comes to fixing the crisis in the education system," Mr Goulter said.

About three years ago the Post Primary Teachers' Association (PPTA) sought a 5 percent pay rise, but ended up settling for a little more than 2 percent a year over three years.

It was less than the union was aiming for, but it said it was still one of the highest settlements in the public sector at the time.

According to OECD figures, primary school teachers' pay after 12 years' service is 86 percent of the earnings of other New Zealanders' with tertiary education and for secondary teachers the figure is 94 percent.