Urgent action is needed to save kauri in Northland's Waipoua Forest and some iconic trees - including Tāne Mahuta - could be infected by dieback within a year, warn scientists. 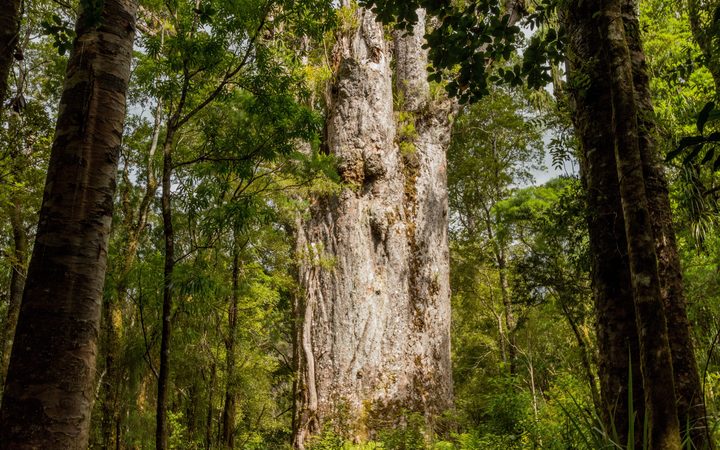 The disease - phytopthera agathadicida - is creeping closer to some of the biggest kauri trees in the region and can be found just 200m away from the Four Sisters.

Jack Craw, a former biosecurity manager for the Auckland Council, said it was a "tragedy".

He set up Auckland's original kauri dieback survey in 2010 and was now keeping a close eye on Waipoua Forest.

Mr Craw told Morning Report all kauri areas not already surveyed needed to be closed until they were brought up to standard, including upgrading tracks.

He said he was horrified to see wild pigs still had the run of the forest, as they could spread the disease everywhere they go by eating the roots of infected trees or lizards and worms in the soil.

"It passes through the pig undigested, so therefore a pig could carry the seeds two kilometres in a day."

He said in Auckland, poachers were paid to kill feral pigs to reduce dieback spread.

Mr Craw said Trounson Kauri Park was a 'graveyard', with at least half of the trees dead, while in Waipoua there were 40 or 50 more dead trees than there were six months ago.

The Department of Conservation has been upgrading tracks and boardwalks for the 200,000 people who visit Tāne Mahuta every year, including state-of-the-art shoe cleaning machines at the track entrances.

"We've been seeing the big trees in the general Waipoua catchment succumbing to the disease. It's quite clear, you only have to drive along the road and you can see it, you don't need to look beyond the road.

But Dr Waipara and other scientists still do not have the data to say how fast kauri dieback is spreading in Northland.

The sort of aerial surveys Jack Craw commissioned in the council-owned Waitākere forests eight years ago, didn't start in the north till 2014.

The Kauri Dieback national programme run by MPI did an aerial sweep of the region last summer and found 200 new suspected disease locations.

The follow-up soil sampling, or ground-truthing needed to confirm the disease also still hasn't been done.

She said Waipoua was in urgent need of a crisis management plan if the big trees were to be saved. 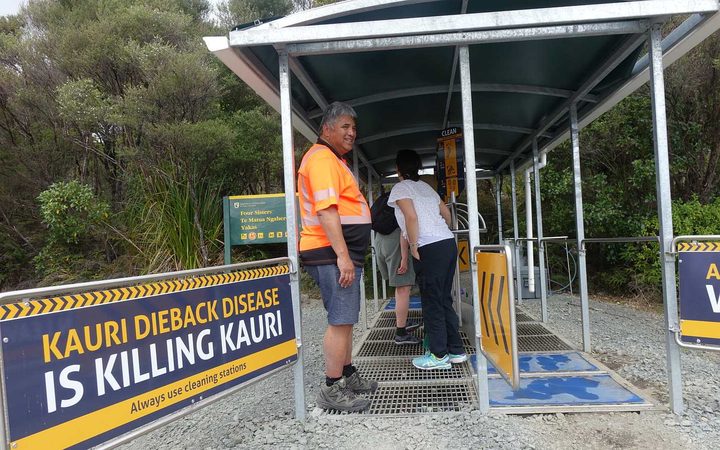 Dr Black said the forest may be a big tourism earner, but few people will show up to see dead trees.

A biosecurity specialist overseeing a review of kauri dieback management said it would be unfair to blame MPI for failing to control the spread to date, but acknowledged there were serious gaps in what authorities knew about the disease.

Barry O'Neill is heading the independent panel set up to investigate how kauri dieback has been handled and advise on improvements.

Speaking in Whangarei last night, Mr O'Neill said there was a need to act fast to save the remaining healthy trees.

"I am concerned that we do not have an accurate understanding of where it is, how bad it is, whether it's progressing rapidly, and if there are trees that haven't been affected.

"So some of this basic knowledge we don't have and we absolutely do need," he said.

Mr O'Neil said it was clear from the first public consultation hui in Northland this week that people were passionate about kauri and wanted to know what they could do to save the trees.