Forest and Bird is demanding the government end the production of single-use plastic - pointing to research showing the Tasman Sea is the riskiest place in the world for seabirds for ingesting pieces of plastic. 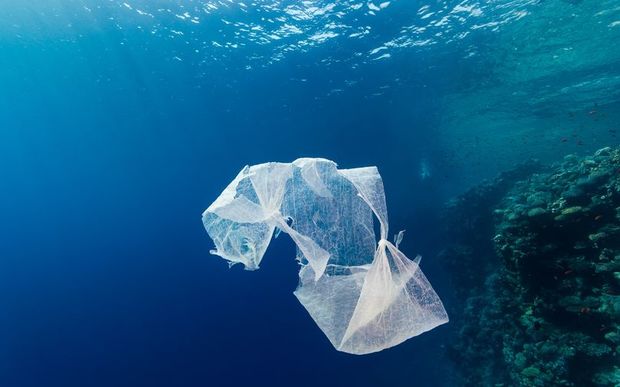 On current trends it is predicted that by 2050 there will be more pieces of plastic in the oceans than fish.

An international research paper shows a dangerous overlap between this tidal wave of plastic and the abundance of seabirds in the Tasman Sea which is populated by a staggering one third of the world's seabird species. 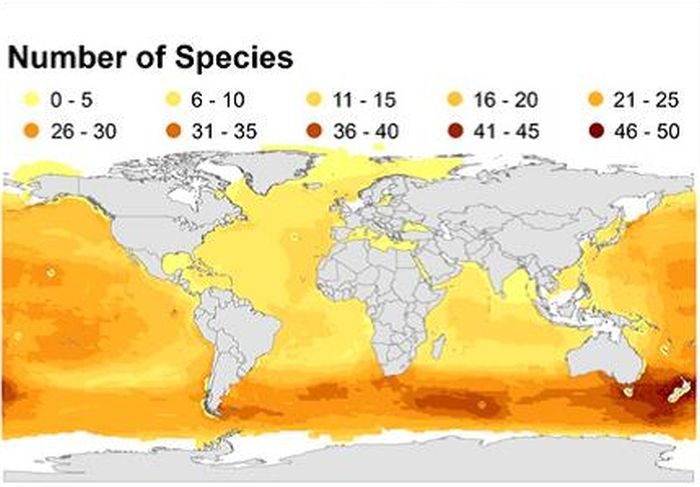 Species richness for seabirds considered in this study, based on data from Birdlife International. Photo: Supplied / Wilcox et al 2015

Forest and Bird seabird advocate Karen Baird said even a small amount of plastic in the Tasman had been found to have a disproportionate impact compared to other parts of the world where there was nowhere near the same number of birds.

"There are increasing problems with seabirds such as the flesh-footed shearwater in Australia that breeds on Lord Howe Island.

"[That] is probably the most gruesome example so far. Chicks are basically being fed a diet of plastics and are starving to death and this is now starting to create a population level problem for that species."

And it was not just seabirds that were suffering.

"We know that a third of the turtles found in New Zealand waters have plastics inside them. They're a bit like seabirds, they have different mechanisms for selecting plastics in that they probably think that it looks like their food." 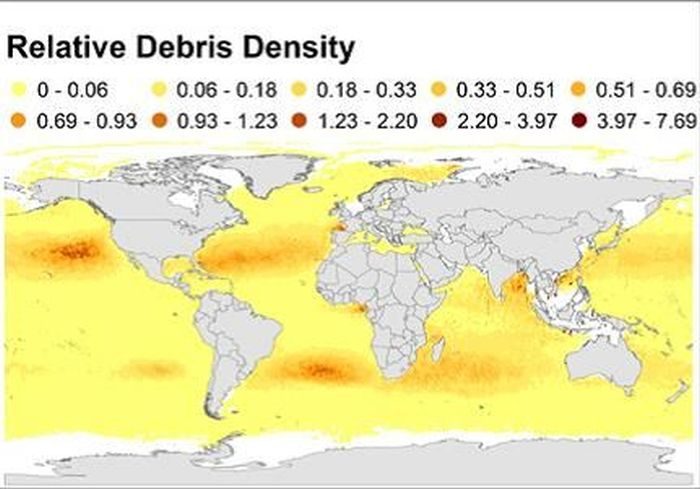 "It would be the same thing if we ate plastic. If we had a dinner plate full of plastic, we'd feel like we were full, so we wouldn't want to eat much and then what would actually happen is you would dehydrate before you would die of starvation, so quite often they will dehydrate to death and that's what has been found with albatross and other species that are known to ingest plastic."

In a cruel twist, the birds were actually attracted to the plastic, Dr Borrelle said.

"If you look at the bottom of a boat you get sort of marine scum that attaches to the surface of things and the same thing happens with any plastics in the ocean.

"A lot of those micro-organisms give off a chemical called dimethyl sulfide and it's been suggested that this is one of the attractants the birds use to detect prey, so they might be smelling plastic assuming that it's prey."

Ms Baird said New Zealand should stop producing plastic that could not be recycled, and banning plastic bags was not going to be enough.

"We are continuing to produce plastics and what we need to do is stop that. We need to reuse what we can reuse and create an economy which values a product like plastics instead of it just ending up in a landfill or even worse ends up in a marine environment where it can do huge damage."

Associate Environment Minister and Green MP Eugenie Sage have stated a preference for a ban on single-use plastic bags but no decision has been made.

The Ministry for the Environment is working on options on getting rid of the bags before any action is taken.

Those wanting to make a difference themselves could refuse to use plastic bags all this month as part of Plastic Free July, a worldwide movement to cut down on their use.