The prime minister's outgoing chief science advisor raised concerns over methamphetamine testing standards with the previous government but says he was pushed back. 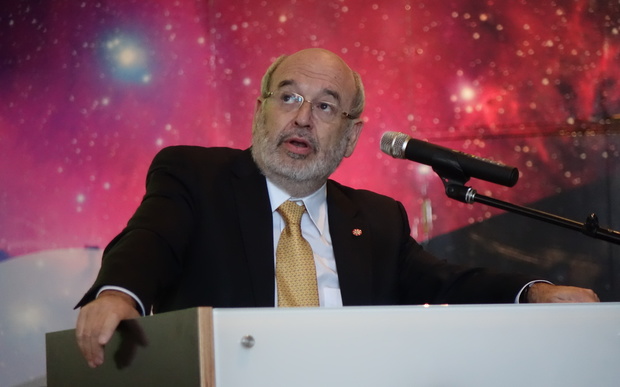 About 300 people were evicted from Housing New Zealand homes after they were declared uninhabitable because traces of meth were found, with some forced to pay hefty clean-up bills.

But Sir Peter Gluckman last month released a report that found there was no health risk from living in a house where meth had previously been smoked - and said the country had been gripped by hysteria.

The report, commissioned by Housing Minister Phil Twyford in December, found there had never been a documented case of someone getting sick from third-hand exposure to meth.

Sir Peter told Saturday Morning he had flagged concerns about clean-up standards earlier, but nothing was done.

"I was aware that there was controversy of [the tests]. I had raised with the ministry prior, but I got pushed back ... It wasn't the right time.

"Through the government, through the prime minister's office, I raised it.

"The response from the ministry was that there was no need. They were looking at the standards."

There was faulty thinking and it needed to be looked at, Sir Peter said.

"There were assumptions made within the Ministry of Health's original report and that was incorporated into a standard process that has ended up with a standard which merged the need to test clean lab facilities to see if they had been adequately cleaned.

"And that was an assumption that appears to have slipped in somewhere between the Ministry of the Health, the standards group and MBIE."

National's social housing spokesperson Simon O'Connor issued a statement saying that ministers in the previous government had asked Housing New Zealand to review the standard because they were concerned it was too low.

"I can't confirm if Sir Peter Gluckman talked to the previous Prime Minister's office but he may well have done. It was something we were actively looking at," Mr O'Connor's statement said.

Housing Minister Phil Twyford said the previous National government did not show leadership by failing to get scientific advice on meth testing standards and it was disappointing the previous government didn't seek Sir Peter's advice.

Sir Peter said no one was asking the fundamental question of why houses were being tested and for what purpose.

Scientists should be given more senior roles within government departments to prevent the fiasco from happening again, he said.

The Ministry of Health had a "very competent" science advisor now but unfortunately in the last few years they had not been used well, Sir Peter said.

"I've talked to the State Services Commissioner ... to get a more consistent role of the science advisors so they are members of the senior leadership teams within ministries and that they have oversight over these important matters.

There should be science advisors for building and housing, energy, biosecurity, demography and digital governance, he said.