Patients caught up in the looming nurse's strikes are facing an uncertain future as DHBs rush to get contingency plans in place. 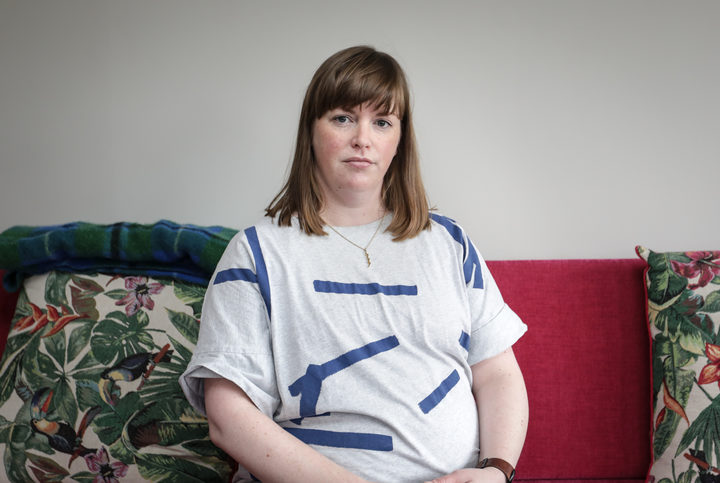 Wellington mother-to-be Ruth Payne is due to give birth on the day of the first strike. Photo: RNZ / Rebekah Parsons-King

One expectant Wellington woman, whose due date falls on the day of the first strike, is worried about the level of care she will receive.

Ruth Payne couldn't believe the coincidence when both her due date and post-date caesarean fell on the days of the nurse's strikes.

She knew first-hand what it is like to be in hospital when there is a shortage of nurses on staff.

"My first birth with my first daughter was very complicated - the first couple of nights where I was basically immobile and I couldn't get to her at all and it wasn't a particularly busy time of year and there were still times where I couldn't get people to help me," she said.

"To think that we don't even really know what's going to happen when we go in to hospital, it really is kind of nerve-wracking."

Her midwife has organised for her post-date caesarean to be moved forward a day, but Ms Payne was worried that appropriate post-natal care wouldn't be available after the operation.

"I'm just feeling really nervous about what's going to be happening when it comes to after I've given birth and that is really the scariest time - like what do you do with this baby - that help and support is so necessary, just really not knowing how much is going to be there, is a worry," Ms Payne said.

Expectant mother Gabby Bush is overdue with her first baby and faces the possibility of needing an induction next week.

She was prepared for potential delays at the hospital but she's firmly behind the nurses.

"I know that might mean that things take a little longer to happen. If that means that I'm not quite getting the care that I one hundred percent expected from the DHB that is just what needs to happen to get these ladies, and men of course as well, a better deal," Ms Bush said.

But despite people's apprehensions, the co-leader of the largest midwifery union said maternity wards were a safe place to be during the strike.

Midwifery Employee Representation and Advisory Service co-leader Caroline Conroy said while there would be lighter than normal staffing on maternity wards, most midwives were not members of the striking union.

"Women shouldn't be unduly worried about not being able to be get the care they need on that day," Ms Conroy said.

Maternity will be in a better position than the rest of the hospital, in terms of staff coverage."

The Nurses Organisation said it was working closely with DHBs on their contingency planning to ensure there was enough staff for maternity services.

The Capital and Coast DHB said Wellington Hospital's delivery suite and maternity ward would remain open during the strikes.

But the Kenepuru Community Hospital and Kapiti Health Centre will be closed so women booked to give birth there will need to travel to Wellington Hospital.

The DHB said women should remain in contact with their midwife about what services were available throughout the strike period.