There's good and bad news for stay-at-home bird spotters across the country. 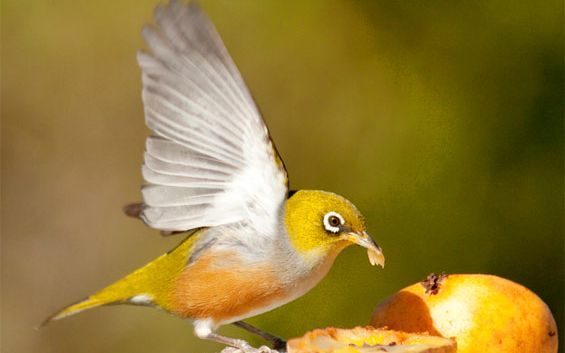 The latest State of New Zealand Garden Birds report has been released - and shows that while the number of some native species spotted in gardens is on the rise, there has been a dramatic drop in others.

And researchers say the numbers show birds could be a sign of major environmental change.

You may not recognise the sound of the tauhou - or silvereye - but in the last eleven years, the number of the native birds spotted in New Zealand gardens has dropped by 43 percent.

And it's not just the silvereye bird enthusiasts are struggling to spot in their gardens - the number of starling, song thrush and goldfinch has also dropped.

According to Landcare research associate Dr Eric Spurr the birds could be signalling major environmental changes.

These findings are part of the annual State of New Zealand Garden Birds report produced by Landcare research.

For the past eleven years, 31,000 volunteers have taken part in the survey - recording the birds they see in their garden for an hour, for seven days in winter.

While the survey doesn't look into why the garden birds are declining - bird enthusiast Paul Godolphin has some ideas.

"Yummy cat food, all of them. As you can tell from my pommy accent, I wasn't born in New Zealand but I've seen all those birds brought in and left in a bloody heap of mangled feathers on the door mat in the UK where they come from - and that's just what happens here," he said.

Mr Godolphin lives in Waikato and said his backgarden is like a tropical fish tank, full of life and idyllic.

Like most keen bird spotters, he keeps a list of all of the species he has spotted in his garden - but he hasn't added to that list in five years, he said.

"Five years ago the properties near us changed hands. New owners have had, over the five years, a total of twelve cats.

"I've now got about eight species of bird in my garden and many of the real favourites are gone," he said.

For bird spotters, like Mr Godolphin, the numbers aren't all bleak.

Among native species, the number of tui and kereru spotted in kiwi gardens has increased by 22 percent and 12 percent respectively.