The Department of Conservation is investigating the deliberate killing and maiming of a number of protected native red-billed gulls in Kaikōura. 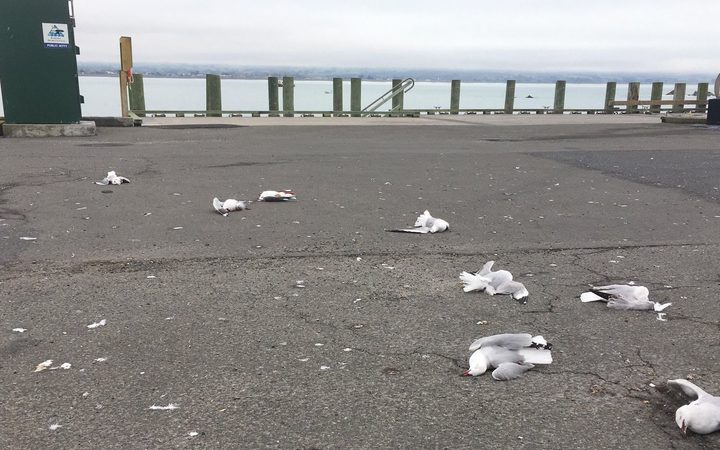 The birds are classified as threatened, and at least nine were killed this morning according to the private charity, the Kaikōura Wildlife Rescue.

Sabrina Luecht, who runs the charity, was called to the scene next to the aquarium on Kaikōura Wharf and was confronted with a sight she describes as "upsetting" and "shocking"

Eight birds were dead when she arrived and she had to have another euthanised.

Ms Luecht said it appeared the birds had been shot with an air rifle and were then either run-over with a vehicle or stomped on.

"Double disgusting cruelty, they were shot and maimed and still alive and then tortured a little bit more by the looks of it."

Ms Luecht believes the total number killed would be higher because people reported seeing more injured birds before she arrived, but she thinks they tried to escape and are now likely dead.

"I just cannot understand that people - we're animals too - can do this to other animals, they are part of our environment and they belong to New Zealand ... people think of them as pests [but] they belong here."

In a statement, DOC said it was aware of the deaths and will work with police to identify those responsible and that the deliberate killing or injuring of any native species was taken very seriously.

It is an offence under the Wildlife Act to injure or kill these birds.