A demonstration was held on the lawns of Parliament today, to gather support from MPs on the creation of a 6000 square kilometre sanctuary. 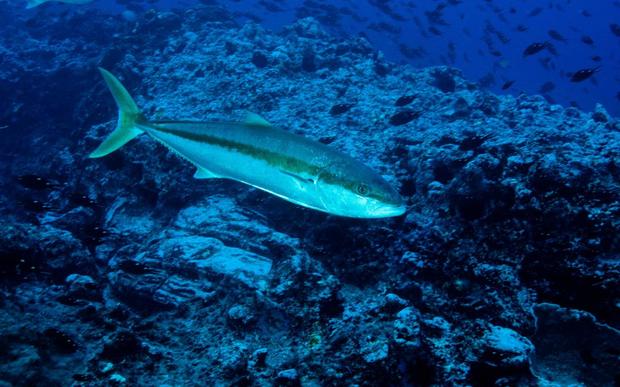 For four hours representatives from WWF, Forest and Bird and other environmental NGOs stood in the rain and wind to meet with MPs to gather support on a Kermadec ocean sanctuary about 1000km northeast of New Zealand.

She said it was one of the last pristine stretches of ocean on the planet.

Currently the government protects less than 1 percent of the surrounding seas. WWF said.

Tom Kay from Forest and Bird said this breached previous promises to the United Nations.

"We're party to the UN international law of the sea which says we have an obligation to protect part of our ocean in order to be able to fish and exploit those resources," he said.

The Green Party and NZ First are currently in discussions about how the sanctuary could go ahead, with NZ First pushing for some fishing to be allowed in the marine reserve.

But former Environment Minister and National MP, Nick Smith, said it was not good enough.

"That would make it something of a nonsense.

"To allow fishing on an ongoing basis would really undermine the very notion of a no-take area in the Kermadecs," he said.

Mr Smith sought leave in parliament today to introduce his own members bill which would ban all fishing in the proposed sanctuary but was rejected.

Conservation Minister and Green MP Eugenie Sage said the party would rather create a sanctuary through discussions with the government than through Mr Smith's members bill.

"There is already a bill in the parliament that has been to select committee, has had hearings and has had submissions, she said.

Māori fishing representative Te Ohu Kaimoana's chief executive, Dion Tuuta, said the demonstration was disappointing as it undermined the work between Māori to discuss the matter with the government without political pressure.

He said there was currently no commercial fishing in the area, but it was within the rights of iwi to fish there if they wished to do so.

Sheridan Waitai from the Ngāti Kuri Trust Board said the area was too precious not to have a complete ban.

"Were just asking for this area, because its so special, can we all have a collective responsibility to ensure that the life and life force around the islands is taken care of?