Targets to reduce greenhouse gases must include the methane generated by agriculture, Forest and Bird says. 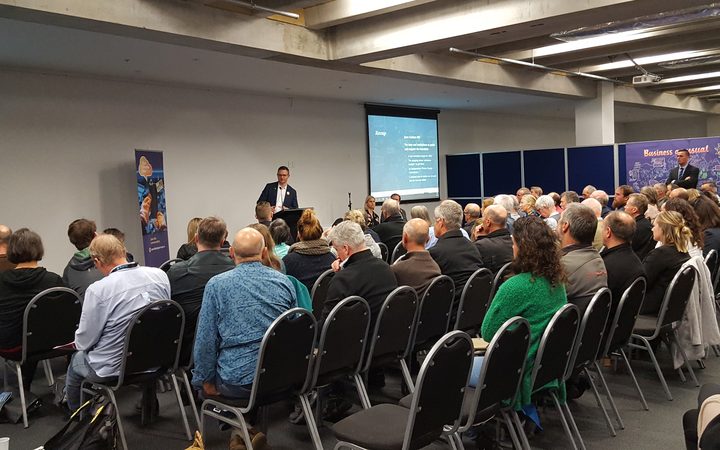 The government has committed to cutting New Zealand's greenhouse gas emissions to net zero by 2050, in line with global targets to avoid catastrophic climate change.

Though methane from farm animals makes up 43 percent of the damaging gases farmers argue it's short-lived compared to carbon dioxide, and it's sustainable at current levels.

"So it's there in the atmosphere for that shortish time but it's doing a lot of damage while it's there. Why that worries us is that we have very little time left to keep the world at a temperature which is 1.5 degrees which will be reasonable survivable and comfortable for humans and for nature."

Adelia Hallet said world governments had about eight years left to act, if they wanted to limit global warming to 1.5 degrees.

Hugh Pollock, a construction worker, was one of about 100 people who heard Climate Change Minister James Shaw speak on the Zero Carbon Bill last night, in Whangarei.

Mr Pollock said higher fuel and power prices may be inevitable but they will be the last straw for those at the bottom of the heap who can't afford to be green.

"Some people with a good income have the ability to make that choice, by [installing] insulation and fixing the house, bring down the cost of their energy bill. But a lot of people are just faced with a higher energy bill and maybe they end up on the street."

Hugh Pollock said the government must act to ensure low-income families did not bear the brunt of measures to combat climate change.

James Shaw said low-income people were also disproportionately hurt by climate change because many had no savings or insurance, and the government was committed to supporting them.