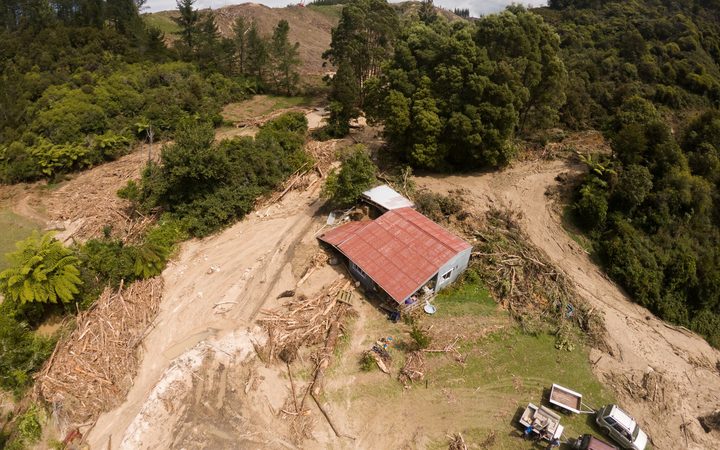 Tonnes of forestry debris washed into Tolaga Bay, near Gisborne, in in heavy rain this week and brought forestry practices into the spotlight, including those in Nelson-Tasman, which suffered suffered similar damage four months ago during Cyclone Gita.

It struck the top of the south and the West Coast in February triggering an avalanche of trees, logs and debris that swept across Marahau.

Marahau resident Merv Hall said it was a miracle no none was killed after he narrowly escaped the deluge of logs.

Almost 4000 claims from Cyclone Gita cost insurers just over $28 million. Two-thirds of those claims were for homes and contents - mainly across the top of the South Island.

Tasman Forest Management (TFM), in charge of the forests above Marahau, diverted heavy machinery from forest work and put in additional resources to help clean up 10 affected properties.

Managing director Craig McMiken said they were still tidying up.

"We've been continuing to work on the storm damage within the forest and on some of the neighbouring land where people have been affected."

Similar events in Marlborough in late 2016 - and now Gisborne - were neither coincidence nor related to changes in land use, Mr McMiken said. Instead, it was due to more frequent bouts of extreme weather which the forestry industry could not ignore.

"I think we're definitely going to continue to look at how we can improve what we're doing." 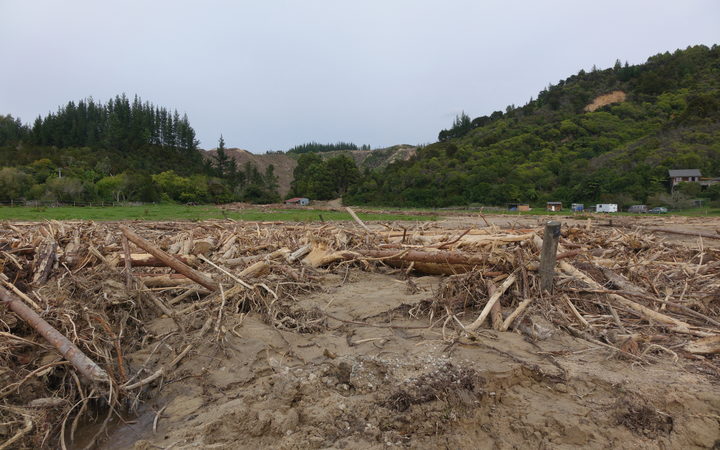 New national rules for plantation forestry will give councils the ability to impose stricter rules in unique and sensitive environments.

"The bigger companies are doing pretty much what needs to be done, but for all operators we need to make sure the rules are being applied appropriately."

Changes were more likely to apply to the way small pockets of land were managed, he said.

The Marlborough District Council successfully prosecuted a foreign-owned forestry company for damage caused to property in late 2016. Heavy rain pushed forestry debris towards a house in Marlborough from which a family with young children was airlifted to safety.

Last month, the New Zealand management arm of US-owned forestry company Merrill and Ring was ordered to pay nearly $60,000 in fines and reparations after admitting to charges laid under the Resource Management Act.

The council's compliance manager Gina Ferguson believed it was the most significant forestry case brought by the council, aimed at deterring similar events.

"One of the contributing factors to the culpability of the management company was the fact that council had advised it six months prior to remove the wood and debris from the waterway."

New forestry standards identified almost all forestry areas in Marlborough were at increased risk of erosion so the council was taking a harder line, Ms Ferguson said.