New Zealand has voted its pick for the national fungus. 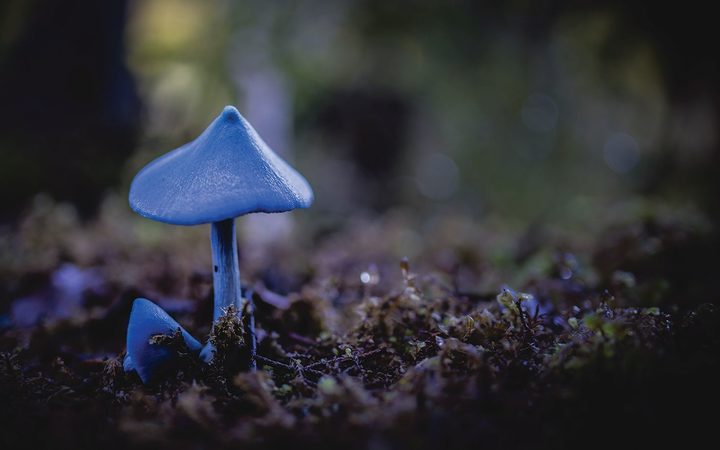 The competition, run by Manaaki Whenua Landcare Research, asked the 65 attendees of the 32nd annual New Zealand Fungal Foray to nominate their favourite fungus - and nearly 2500 votes were cast.

The overwhelming winner was the de facto national fungus: the blue Entoloma (werewere-kōkako).

The sky-blue mushroom already has a fairly high profile for a fungus, it's on the $50 note and has been on a stamp.

And in bush it's quite a standout - its blue is matched on the forest floor only by the wattle of the kōkako.

Entoloma hochstetteri is featured on the 2016 50 dollar note. Photo: Supplied

Manaaki Whenua mycologist Peter Buchanan said he was not surprised the blue Entoloma was the most popular.

"It is in people's face a lot, and the colour is endearing," Dr Buchanan said.

In second place was the matakupenga or basket fungus Ileodictyon cibarium, a bizarre stinkhorn that spits out a white lattice ball. 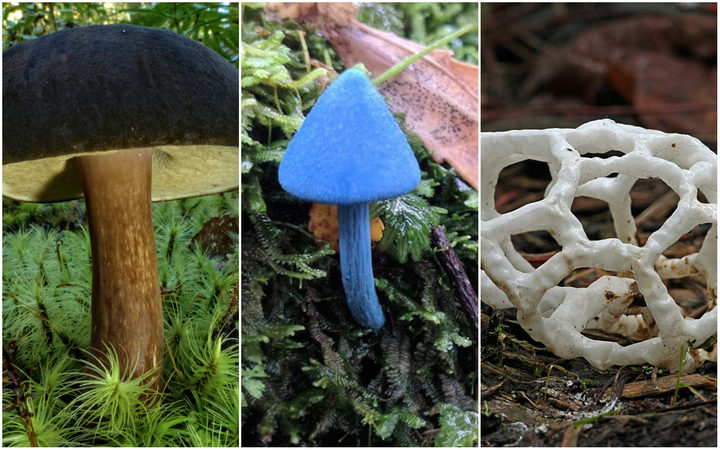 The winner the blue Entoloma, middle, beat out the Tylopilus formosus, left, and the endemic basket fungus - a bizarre stinkhorn. Photo: Supplied

The mushroom chosen by Scientific American blogger Jennifer Frazer - who recently visited New Zealand, and who's idea it was to crown a foremost fungus - was the Tylopilus formosus, so chosen for its 'all black' colour.

But it came dead last with only 42 votes. Many questioned the premise on which it was included - it's actually more of a dark-purple violet.

There are tens of thousands of fungus species in New Zealand.