Young New Zealand and Australian explorers have returned from a voyage to Greenland that honoured a Norwegian explorer who made the first crossing of the interior in 1888. 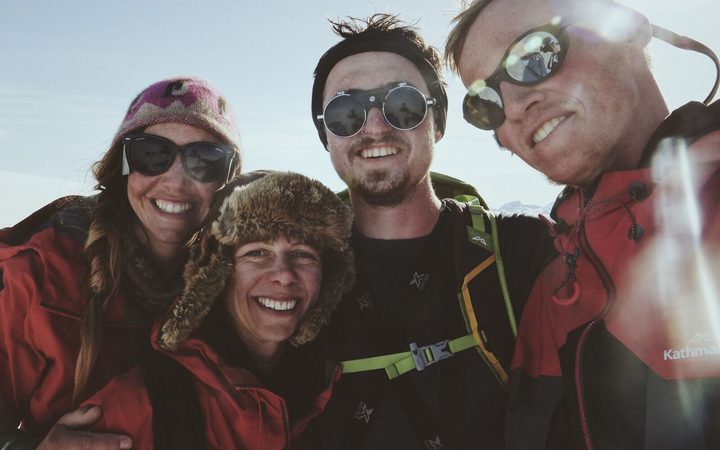 New Zealand Antarctic Heritage Trust selected the four from a pool of nearly 200 applicants for the third expedition run by the trust since 2015.

The programme is aimed at connecting young explorers with others through adventures which re-trace the steps of some of the world's most prominent early explorers.

Nigel Watson of the New Zealand Antarctic Heritage Trust said the 560km crossing of Greenland was the toughest of the three expeditions so far. They made the journey on skis while pulling 60kg supply sleds.

"It was a month-long and conditions were tough, sometimes up to -30°C and the group was in deep powder snow and had to cope with some large storms," Mr Watson said.

"The terrain was vast, flat and white, which challenged people physically and mentally, but it was a huge opportunity for these young people to push themselves."

The trust's first expedition in 2015 crossed South Georgia Island in the southern Atlantic Ocean, to mark the centenary of Ernest Shackleton's crossing.

After the loss of his expedition vessel Endurance and surviving adrift in a lifeboat in the Antarctic Ocean, Shackleton and his crew made landfall on the island but on the wrong side. 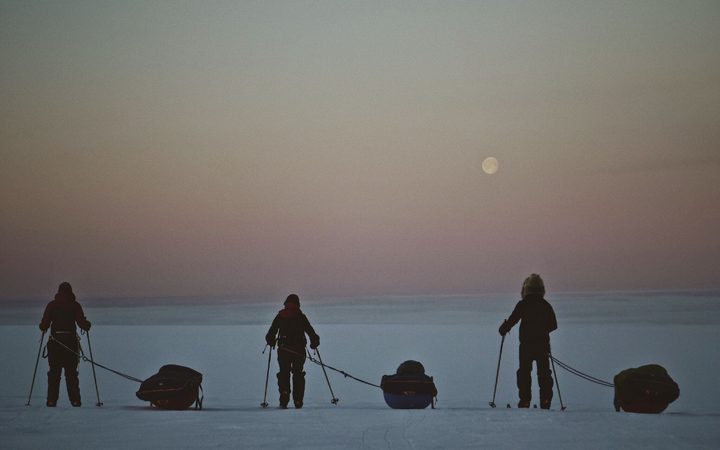 The team during their month-long traverse of Greenland's ice cap. Photo: Supplied

He and two crew walked over the island's mountainous terrain to reach help at a whaling station.

The second trip to Antarctica in 2017 was a climbing expedition on Mount Scott, named after Royal Navy Captain and explorer, Robert Falcon Scott.

Mr Watson said the Greenland expedition was in honour of Norwegian explorer Fridtjof Nansen, who led the team that made the first crossing of the Greenland interior in 1888.

The young explorers saw first-hand the effects of climate change on their Greenland voyage.

"The one thing that struck us - early on as we moved on to ice cap, we had a Norwegian guide with us who was able to explain the changes in the terrain and ice coverage which were quite dramatic.

"Once we were on the ice those conditions were harder to detect, but the scale and fragility of the ice cap really hit home," Mr Watson said.

He said in a world where almost everywhere had been mapped, modern exploration was about the spirit of curiosity and challenging yourself.

"It's probably as relevant in the 21st Century as it was in the 18th or 19th centuries," Mr Watson said.

"In an ever-changing world we need people who can adapt, who can think creatively and who can really be excited about embracing change."

He said as more young people became removed from "real world" adventures through virtual experiences, it was also important to keep the meaning of adventure in context.

"It doesn't have to be crossing an ocean or an ice cap - it might be in their backyard but it's about getting off devices, getting out into the real world and exploring the amazing world we live in."

Mr Watson said the four now returned from Greenland will embark on a series of programmes to get their story out.