A group of young New Zealand innovators have come up with the idea to use virtual reality to save space agencies millions of dollars in repair costs. 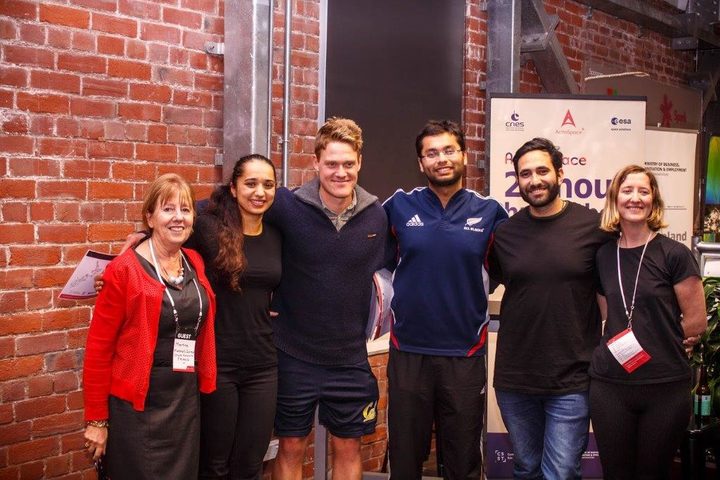 Team Mārama has won the New Zealand Act-In-Space event which is run by the French and the European Space Agency, as part of the 24-hour 'hackathon' held by the Ministry of Business Innovation and Employment.

They'll be heading to France in just a couple of weeks time, to present their idea of using a VR controlled robot to repair space craft, from here on Earth.

One of the team leaders, Ben Tairea, said it was a much cheaper and safer option than the current space walks which take place.

"Sometimes you need a specialist in a specific field to get up there and do the repairs and that can cost somewhere up to about $81 million and that involves all of the pre-training through NASA and the launch, whereas if you had a system where you could operate that from Earth, you're potentially eliminating all of that cost," he said.

The team was made up of five individuals from diverse backgrounds in physics, neuroscience, education, the New Zealand Airforce and business development.

Once in France they'll pitch their idea alongside other winners from around 70 countries.

If they win, they'll get to go on a zero gravity flight, but Mr Tairea said most importantly while over there they would be speaking to the French Space Agency and potential investors.

In the past, winners have gone on to create start-ups based off their idea and it's hoped this New Zealand team can do the same.

But Mr Tairea also saw this as an opportunity to encourage rangatahi Māori and Pasifika students to consider a future in space exploration.

"From a cultural perspective they have a lot to offer, we have a different way of thinking about different problems, we have been navigating from the stars for generation, so I would love to see more of our rangatahi getting on board and looking at this industry," he said.

Another team leader Mahima Seth, who has been working with Rocket Lab, said the design of the robot was still in the conceptual stages, as research was underway on what it would need to be able to do.

"If I had to make a guess as to what it would look like, it would mimic the dexterity that a human would have, as it's a big part as to why we have humans in space, because their hands have that dexterity," she said.

Ms Seth was excited about the potential opportunities.

"I said at the hackathon to every one of the teams, we might have won, but we need help from all the people in the business and tech field to support us," she said.

One of the judges, Peter McComb, said the potential for this idea, could go beyond even the final frontier.

"What we liked was no one had made the connection between using VR to mimic the dexterity the human has, when it comes to fixing things and then applying that into a robotic sense.

"It has potential in space, but it could also be applied to other aspects of human society," he said.

In less than a month, the team will know if their idea has been enough to impress the judges.