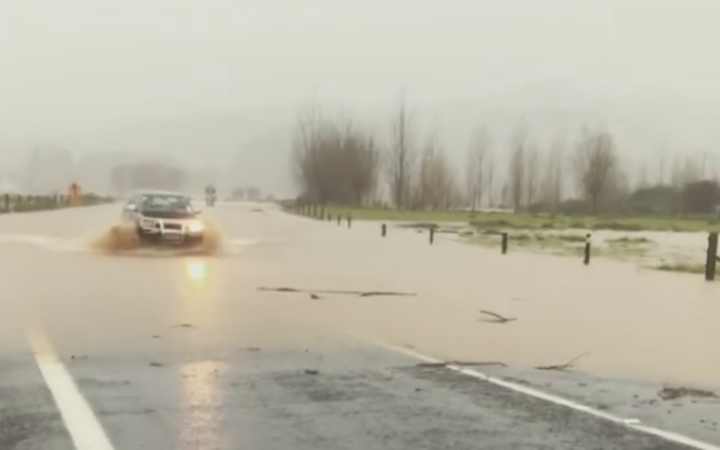 But the worst might not be over and more rain is forecast tomorrow.

Twenty families unable to return home, are spending the night with relatives and about 30 properties are still without power.

Some roads remain closed in the district.

MetService said more heavy rain was expected from about 6am tomorrow and a weather watch is in place until tomorrow afternoon.

Heavy rain and thunderstorms are have slammed the top of the North Island causing flooding and road closures.

Drivers are being asked to be extremely careful and avoid the area if possible.

Heavy rain warnings are in place for Auckland and Great Barrier Island until 8am on Tuesday. MetService also has a severe weather watch in place for Coromandel Peninsula, Bay of Plenty and Gisborne through until Tuesday afternoon.

The Transport Agency says there are still multiple areas of surface flooding around the Bay of Plenty district, and the potential for slips and debris on the road is high.

Meanwhile, roads in the Thames and Coromandel area have now reopened but motorists can expect some delays as workers continue to remove debris. 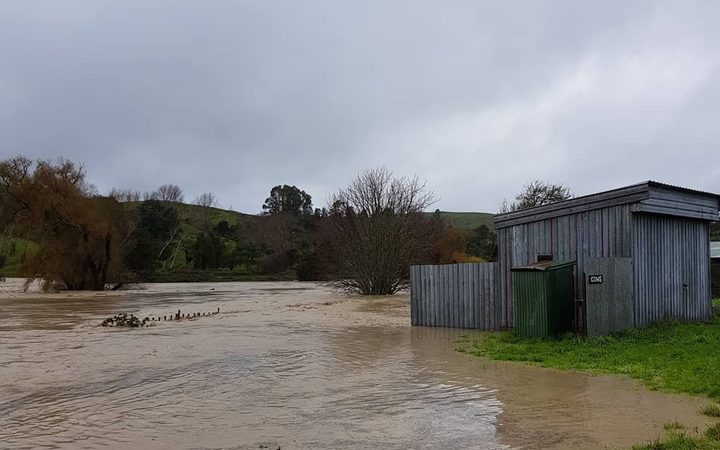 Earlier, a family of three was airlifted off their roof after being stranded for four hours.

Civil Defence is also monitoring two other households who may need to be airlifted out.

State Highway 2 at Mangatuna Road north of Tolaga Bay has been closed and at Whangara, where water has reached the bottom of the Waiomoko Bridge.

In Kaiti, east of Gisborne, diluted sewage is being discharged on the Gladstone Bridge to cope with a stormwater overflow.

The Gisborne District Council says the discharge is diluted but could be a risk to human health.

While it's been a wet, windy and cold holiday weekend for most, there's still more to come.

MetService warn of heavy rain for the northern and eastern regions of the North Island and eastern Marlborough, strong southerly gales for eastern Otago, and significant snow for the bottom of the South Island.

There is a possibility of rainfall reaching warning level in Coromandel Peninsula, Bay of Plenty, northern Gisborne and the Kaikōura coast before Tuesday morning.

Snow fall is expected to fall to low levels in the south of the South Island tomorrow night, with a possibility this may accumulate to warning levels, above 400 metres, during the period to Wednesday morning.