The government is spending almost $10 million to fix up 66 state houses in the Hutt Valley by September, but neighbours say more needs to be done to ensure the welfare of tenants. 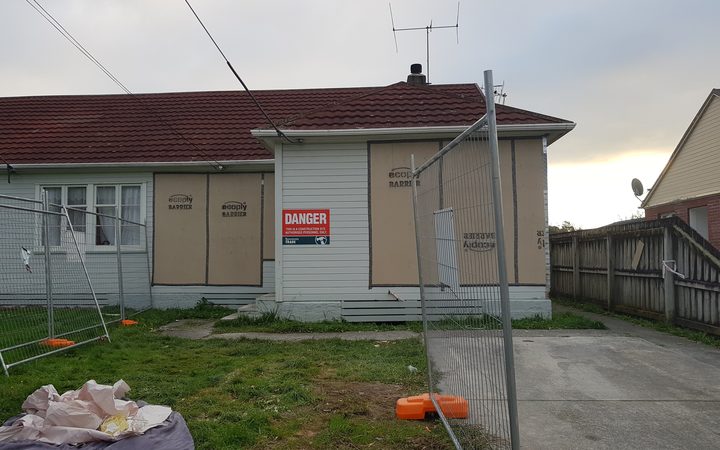 Before the windows were removed, holes in the interior walls were visible. Photo: RNZ/Emma Hatton.

Housing New Zealand (HNZ) is starting a pilot programme to figure out the best way to make its homes warmer and drier, before rolling out a nationwide upgrade.

But a neighbour of three of the homes said it was likely the work was also to repair years of damage done by the tenants.

Sarah (not her real name) said for seven years her neighbours - a family of five - neglected their HNZ property.

"The builders had to replace the hallway, bathroom, toilet and laundry floor. All the joists and the studs were rotten.

"There were holes in the walls with rubbish stuffed down the holes and syringes broken off and lying in the kitchen. They had a contractor go round to do the lawns and he had to use his weed-eater: The lawns were too long to be mowed."

It was obvious the family needed help and HNZ and Oranga Tamariki were called, Sarah said.

"We were worried about the welfare of the kids, because of the health standards."

Across the road at another state house you could see holes punched through interior walls and rotting furniture and rubbish on the lawn. Another one further down the road was the same. 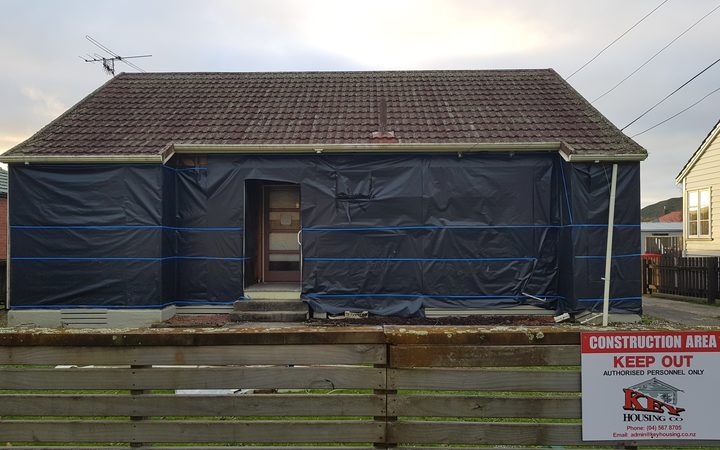 A state house in Naenae has had all exterior cladding removed. Photo: RNZ/Emma Hatton.

HNZ retrofit manager Matthew Hosler said damage to houses had not been a problem and the builders only had to do general wear and tear work.

The purpose of upcoming renovations was to make the houses warmer and drier under the Healthy Homes Guarantee Act.

"That's the purpose of the programme but as we want to make sure that when we hand the properties over they are liveable, we will also do just the general maintenance work that we always do after a tenant moves out."

But Sarah said the homes were having work done over and above "general wear and tear".

"Housing NZ needs to do a much better job just by doing property inspections a lot more often.

"It shouldn't be up to the neighbours to keep an eye on things."

HNZ said in a statement it would be improving the education provided to tenants before they moved into a home.