Competition could be hotting up for Aucklanders' household rubbish, as commercial collectors jockey for a bigger role in the council's waste management plans.

The lobbying is fiercest in the big, largely rural Rodney ward, which is unique in having private enterprise do the rubbish collections, and where the council plans to roll out its regionwide service in competition.

The waste industry has mounted a lobbying campaign as the council ponders overhauling waste collection and recycling across the city, aiming to have no landfill waste by 2040.

The biggest of three private firms collecting Rodney's rubbish is Northland Waste, which would prefer the council to keep out.

"People can buy a bag and pay-per-empty, they can buy different products such as bins, so I think in terms of providing refuse services, we're pretty much providing everything council does, and more."

The operators fear any expanded council service, which uses contractors to do the work, might unfairly undercut them.

"What we don't want to see is they offer a user pays service that they then have to subsidise with rates because that wouldn't be fair to the ratepayers," Mr Lambert said.

Rodney is an anomaly because prior to amalgamation in 2010, the Rodney District Council got out of the rubbish collection business, leaving it entirely to private firms. 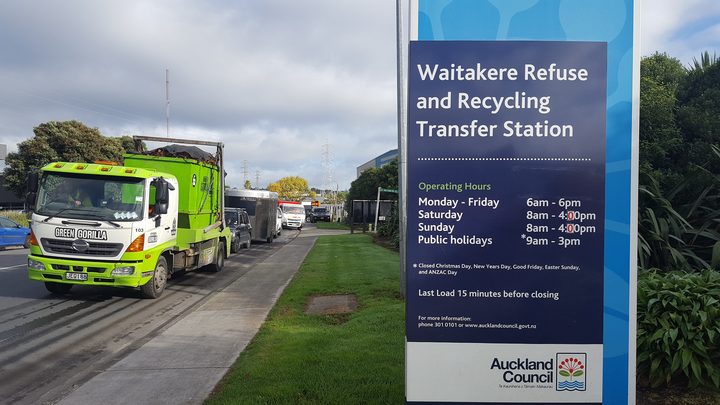 In most of the rest of the region, former councils and now Auckland Council run, fund and charge for the collections, using contractors.

The draft Waste Management and Minimisation Plan which the council is now poring over, proposes a standardised regionwide system with three bins per household, for food waste, general rubbish and recycling.

The council said its plan for Rodney is not anti-business.

"The biggest myth is that council is out there trying to stomp on private enterprise, nothing could be further from the truth", Penny Hulse, chair of the Environment and Community Committee said.

Private firms already take on the council in other parts of Auckland, and one estimated the council has only 40 percent of the market on the North Shore, and 70 percent in the former Waitakere City.

Industry concerns that a council user pays collection service might unfairly be subsidised are also rejected by the council.

"We are really honest about what is paid for through rates and what service people get via rates," Ms Hulse said. 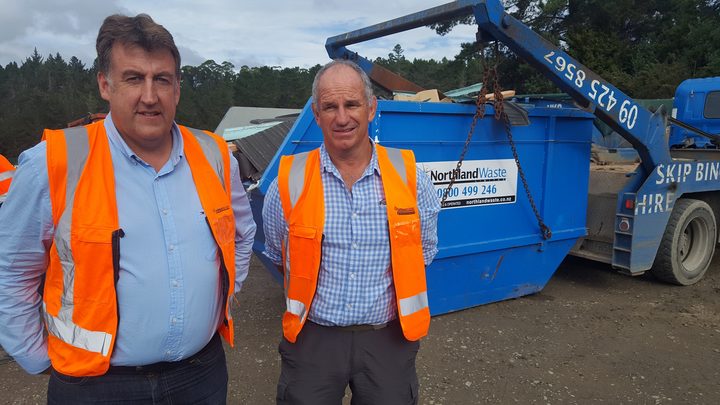 Waste industry firms aired their views in submissions on the plan, which have now closed, but the lobbying continues.

Firms have said the council's is effectively hiking costs, but planning to reduce general waste collections from weekly to fortnightly.

Penny Hulse said that change would likely be slowed, until they assessed the impact of separate food waste collections being trialled in Papakura.

The council has yet to make any final decisions, and changes to existing collection contracts would not happen until they expire in 2020.