A small craft brewery in Riwaka has seized one of the top prizes in a beer competition. 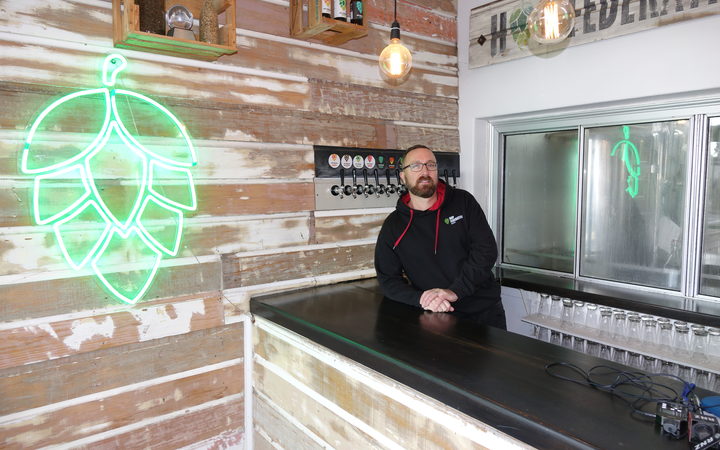 A lager made by the The Hop Federation Brewery was today named overall champion lager in New World's beer and cider awards.

Hop Federation is run by Nikki and Simon Nicholas, who left Auckland five years ago to move to the heart of New Zealand hop country.

Mr Nicholas said when they bought the Riwaka brewery - once known as Monkey Wizard - and turned it into Hop Federation, they knew little of the area.

Except for one thing.

"You just can't get these flavours anywhere else. Some of the vines that were brought over in the 1970s from America ... they were planted here but now, so many years later, they're completely different.

"We've got a stunning piece of the world we can grow these unique hops in."

The hops are the key ingredient in the Federation's award-winning lager. The champion lager was made with Motueka and Nelson sauvin hops.

Mr Nicholas said to be recognised out of more than 50 lagers was a "pretty big deal" for the small craft brewery. The win will help secure supply to the supermarket chain.

Hops were first grown in Nelson in 1842 by German and English settlers, and now cover 531 hectares. 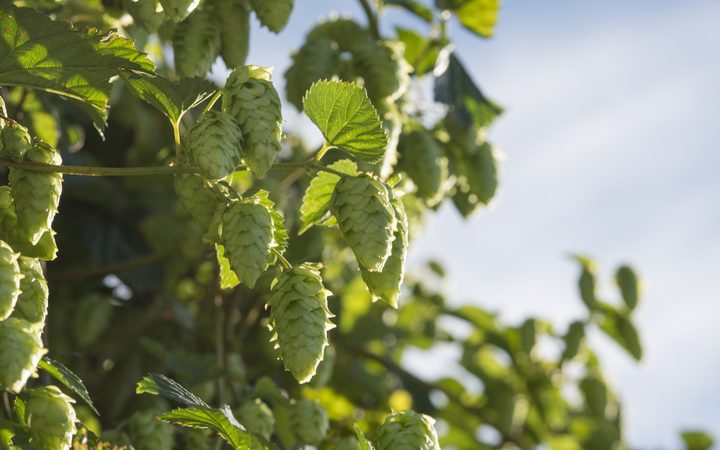 The head of the national grower cooperative, New Zealand Hops, said it was standard for settlers to bring crops to make things that reminded them of home.

"A lot of beer at that point would have been made in the home, especially among the German settlers, and from that point on, Nelson also became a centre of brewing. There were several breweries in this region and down on the West Coast."

Mr Donelan said hops were also "latitude-sensitive" which was a reason the crop had taken hold in Nelson-Tasman. It's the only place in the country where hops are grown on a large, commercial scale.

The region sits at 41 degrees south, along with parts of Australia, South America and South Africa, where hops - indigenous to the northern hemisphere - also grow.

"It's about the daylight length - they need those longer days [in summer] to develop and the shorter days of winter to come into maturity."

Hop Federation brews about 150,000 litres of beer a year, including ales, pilsner and stout.

Mr Nicholas used the sauvin hops and his expertise gained as former head brewer at Auckland's Hallertau Brewery to create the brew, but it goes back further than that.

"My dad's an avid home-brewer and he'd been doing it for years and years, so I got stuck into that and then when Nicki and I moved out to Kumeu, in Auckland, Hallertau was my local so I was down there a lot."

This year's harvest yielded 722 tonnes of hops among the 23 growers in the cooperative. The volume was 38 tonnes less than last year, linked to a wet spring Mr Donelan said.

He said the industry dodged a bullet with two large storms which hit late in the harvest, and which caused widespread damage across Nelson and Tasman.

Mr Nicholas says the effects are more likely to show next season.

"I'd say we won't have enough of particular hops, and that will mean having to adjust recipes, change it up and try and get a few other varieties that can match or blend them."