A new study has revealed the New Zealand diet is safe and wholesome - but we're still eating too much salt. 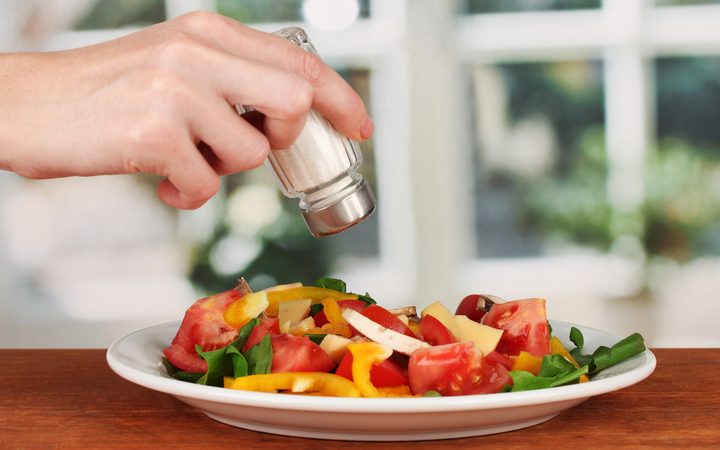 The 2016 New Zealand Total Diet Study (TDS) tested over 4000 food samples for traces of chemical hazards, contaminants and nutrients. It also examined how much of these were making it onto New Zealand plates.

MPI's Specialist Advisor for Toxicology and Environmental Chemistry, Dr Andrew Pearson, led the study and found for the first time in 20 years our dietary intake of iodine had increased enough to support good thyroid health.

"Because bread is now being fortified with iodised salt we've actually seen that dietary iodine levels are back to within healthy levels across the population ... they've been deficient since the 1990's.

"So this is a really fantastic finding and it's a great indication that New Zealanders are at less risk now of getting insufficient levels of iodine in their diet."

But the study found that we are still eating far too much salt.

Dr Pearson said the levels of aluminium in food were also higher than expected, but not enough to cause concern.

"It's the first time we've ever looked for aluminium in a TDS and we found it's actually present in most of the foods at quite a range of levels," he said.

"So most foods have around ten milligrams per kilogram and we think this is about what's natural."

However, baked goods, such as muffins and scones, had markedly higher levels due to the use of a food additive called sodium aluminium phosphate.

Mr Pearson said that while the aluminium levels were still not high enough to cause harm, he had spent the last few months working alongside the food industry to begin phasing out the use sodium aluminium phosphate.

"We are confident that in the future those levels won't reoccur in the muffins and scones and the cakes and slices," he said.

"We tested more agricultural chemicals than in any previous TDS and although about 40 percent of the samples had a detected level of agricultural chemical residue, all of the exposures in the diet were very low, and far below the levels that would be a food safety risk," Dr Pearson said.

"The levels of agricultural chemicals and contaminants in our diets remain low and most of the latter are naturally occurring in the environment, so the fact they are showing up in our foods is unavoidable."

A follow up study will likely be conducted in 2021.