Budget advisors are warning consumers about the potential risks of 'buy now, pay later' options that are becoming increasingly popular with online shoppers. 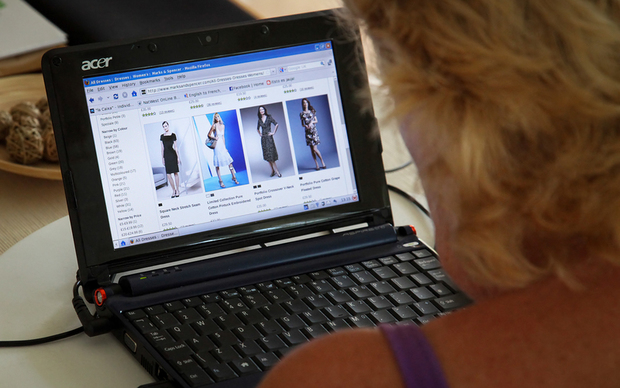 About 3000 New Zealand retailers now offer the service, where for as little as $5, goods are delivered to your door immediately but can be paid off over six to eight weeks.

Four companies - Afterpay, Oxipay, PartPay and Laybuy - are quickly making themselves known even though some have only been in the market less than a year.

And while they won't disclose how much New Zealanders are spending, there are at least 200,000 already signed up.

She spoke to dozens of women aged 18 to 25 and found they loved the instant gratification of online shopping much more than they worried about money.

She said what they told her was concerning.

"'I just clicked, I just wanted the stuff and I didn't want to pay for it right away'... and that kind of sums it up.

"People didn't know exactly what they were signing up for, they had no idea of the terms and conditions and they weren't really that interested in finding out either," she said.

The schemes were originally designed to make it easier to buy big-ticket items, like home appliances.

Ms McNeill questioned if they were really necessary for purchasing low-cost items.

"Is it necessary for us to have these types of services associated with goods that are at a [low cost] level or is it just contributing to the volume of goods we are consuming?"

She said it was up to consumers to make sure they were informed.

"I don't think these companies are hiding anything from consumers. If you go to their website everything's explained, you can look up terms and conditions, it's all very clear.

"The issue that I have is that consumers aren't looking for that stuff before they're entering into credit arrangements."

National Building Financial Capability Charitable Trust chief executive Tim Barnett said they were not worried about the schemes yet - mainly because they were interest-free.

They would keep a close eye on them to see if that changed as they got bigger.

"Any new product is likely to start in a reasonably modest way because they're testing the market to see if it works.

"The indication is that they are geared for the kinds of products and market that we wouldn't see as being so vulnerable but over time I think it will spread and then the issues will start to appear."

However, the chief executive of PartPay said it was not out to make a profit on fees.

John O'Sullivan founded and launched the service in June last year. PartPay is interest-free and late payment fees are capped at $40.

He said the business model was not about catching people in a debt trap.

"The overwhelming majority of our transactions don't incur any default fees and those that ultimately end up getting referred to a collection agency is very low - less the one percent."

Mr O'Sullivan said the product was designed for people who wanted to manage their money better.

"That's what the product was designed to do, to aid people with cash-flow, enable them to spread out the cost of an item over a couple of pay cycles."

He said a credit and identification check was undertaken before a customer was approved.

The schemes fall under the Credit Contracts and Consumer Finance Act, which is up for review later this year.