A Whanganui couple who lost a massive chunk of their section to a landslide during the big storm of June 2015 have been left shattered by their battle with EQC over repair costs.

Louis Goodier says watching his childhood home slowly be taken over by nature had been a traumatic experience - but even more so for his parents.

The dream home of English immigrants Mark and Nichola Goodier home has officially been deemed to be a "dangerous building" ever since the 2015 storm.

The couple have been in a battle with the Earthquake Commission for compensation for nearly three years and their son says they have been left shattered by the experience. 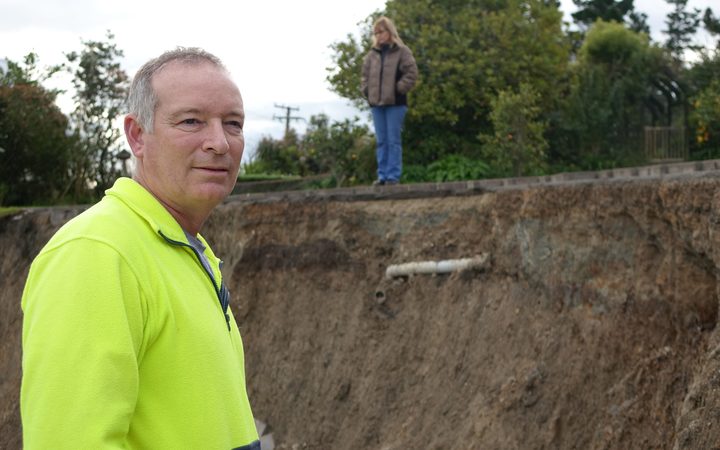 Mark and Nichola Goodier at the slip on their property in 2015. Photo: RNZ / Robin Martin

Louis Goodier, an IT manager, 27, who now lives in Wellington, said visiting his old home was now a difficult experience.

"The house has basically been swallowed by the garden...

"It's really unsettling. The house was in a really, really good condition, my parents were in were in a good space and they're just not any more. They've lost their family home and they've been waiting (for help) for years.

"For me the house is where I grew up and it's gone basically. It's overrun. Everything is wrecked, even inside ... it's amazing what time will do when it's just not used and not loved."

Record flooding forced the evacuation of more than 200 homes in low-lying areas of Whanganui in June 2015.

But on Bastia Hill above the city, the Goodiers were enduring another drama altogether.

A massive slip claimed a third of their section, retaining walls and much of the driveway - a corner of the garage has been left hanging in mid air.

EQC has paid out $76,000 for the damaged land. That was the cheapest of the options available to it - and well below its estimated restoration cost of $280,000. 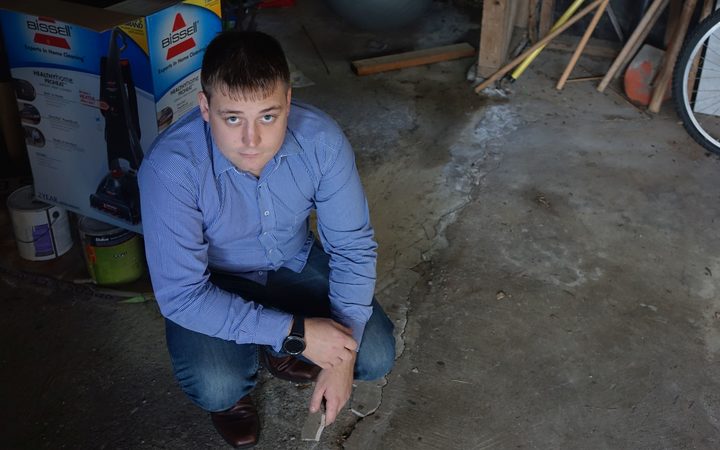 The most obvious damage was in the garage, said Mr Goodier. Photo: RNZ / Robin Martin

Mr Goodier said the garage was where some of the most obvious damage could be seen.

"This place here, there's just a big hollow underneath where the ground's gone and when they did the survey of this concrete pad, this corner has dropped I think it was 28mm or something which doesn't sound like too much until you extrapolate that to the roof and everything is moving."

The EQC did not believe the house - which is insured for $520,000 - had been significantly affected by the slip.

The $38,000 it has paid out for damage to the home was well below the $115,000 cap that would then trigger the involvement of the family's insurer IAG.

The Goodiers disputed the extent of the damage.

"They're saying that the driveway and retaining walls that have gone haven't impacted the structure of the house but if you walk around the house at the moment you can see there are cracks in the walls and in this room if you put a level on the floor it's quite on a lean towards the corner," said Louis Goodier.

The Goodiers' lawyer Grant Shand said natural justice had been overlooked in this case.

"A person loses the use of their house through a natural disaster and ought to be able to recover what is necessary to reinstate it as a house particularly in circumstances where that is what EQC exists for and they have a replacement insurance policy with an insurer.

"It just doesn't seem right that you should only get so little money when that's not ever going to fix the damage caused by the landslip."

Mr Shand said the appeal against EQC would come down to whether the court was convinced that the home was damaged by the slip or not. 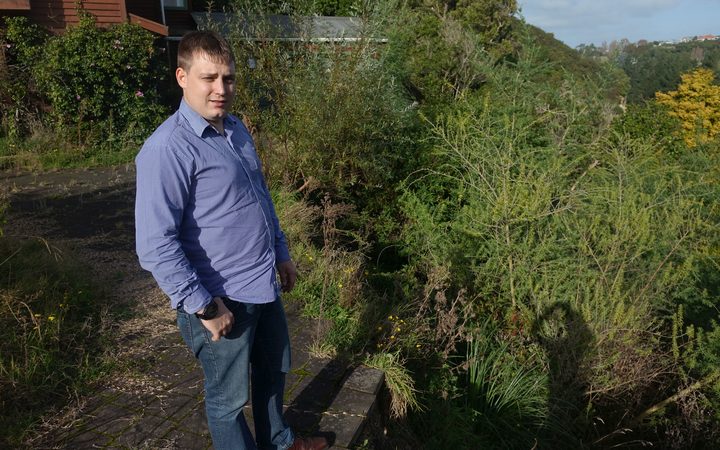 He said it was infuriating that EQC was willing to fight cases that would cost less to settle.

"Commerciality doesn't really come into play it's all about what they see as their evidence to support their position and if they think they have something to argue over they'll argue over it even though it might cost it a lot more money that it would have to settle a claim."

To rub salt in their wounds, the Goodiers' home had recently been burgled and their personal possessions systematically rifled through.

Mr Goodier said his parents were paying a heavy price for their misfortune and he was no longer sure if they would move back into the family home whatever the outcome of the appeal. 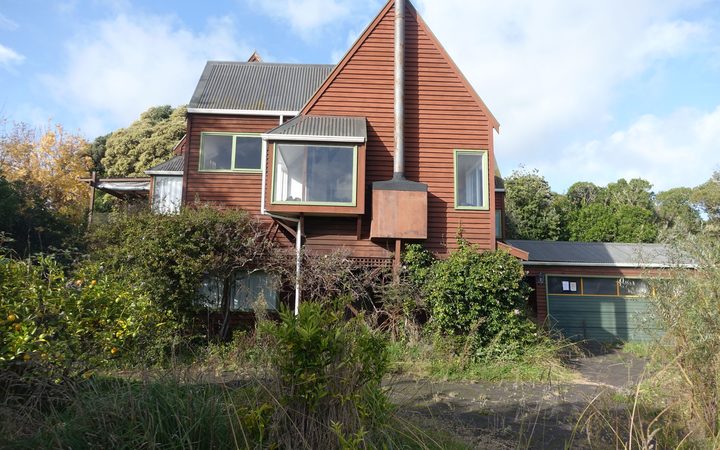 Burglers have recently gone through the home taking anything of value and helping themselves to alcohol. Photo: RNZ / Robin Martin

"I don't really know what my parents want to do anymore. This house has so many good memories and so many bad ones.

"I don't think my parents can see beyond the next court date because they don't know when it is going to end ... they want it over."

EQC said it always endeavoured to resolve claims outside of any court process, but it and IAG declined to comment further because the case was now before the courts.

The Goodiers were due to meet EQC and IAG in the High Court in September.

Meanwhile, the couple was living in rented accommodation - another cost they had been forced to absorb during their protracted battle.