Defence Force bomb disposal experts have been called out 330 times in three months, up from 121 in the same period last year. 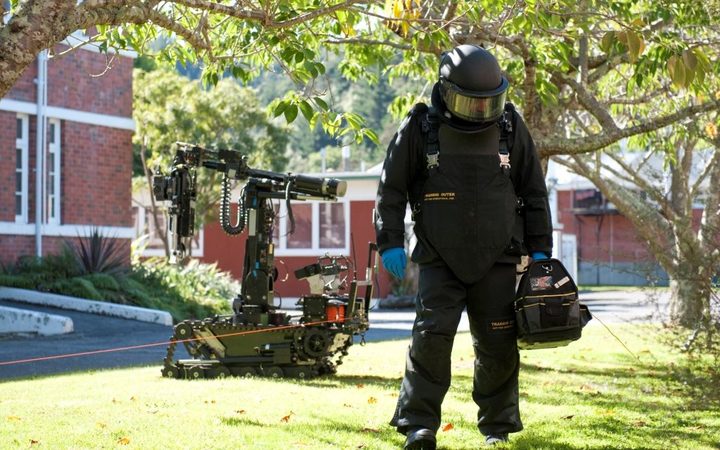 Data from the Defence Force showed its staff responded to 330 call-outs in the three months to March, mostly in Auckland, Wellington and Christchurch.

Colonel Rob Gillard said there were a variety of risks and complexities in each call-out.

"They range from less-complex problems, which take a matter of minutes to resolve, to extremely complicated situations, which require work for several days," he said.

He said it all equated to about 990 hours of work, and in one case a 20-member team spent more than a month planning, testing and finalising a plan to safely dispose of about a tonne of white phosphorus.

Colonel Gillard did not go into detail about each event because of security reasons, but said unexploded ordnance had been found in innocuous places such as farm sheds.

"Anything that is suspected of being an explosive should not be tampered with or moved," Colonel Gillard said.

"These things can be lethal, so ring the police immediately so the Explosive Ordnance Disposal team can check the item. Don't assume that it is safe and accidentally cause harm to yourselves or others."

The Defence Force works with police when called out to deal with a bomb threat.