An Australian refugees' rights activist says a tanker smuggling Sri Lankan immigrants would never have made it to Australia or New Zealand. 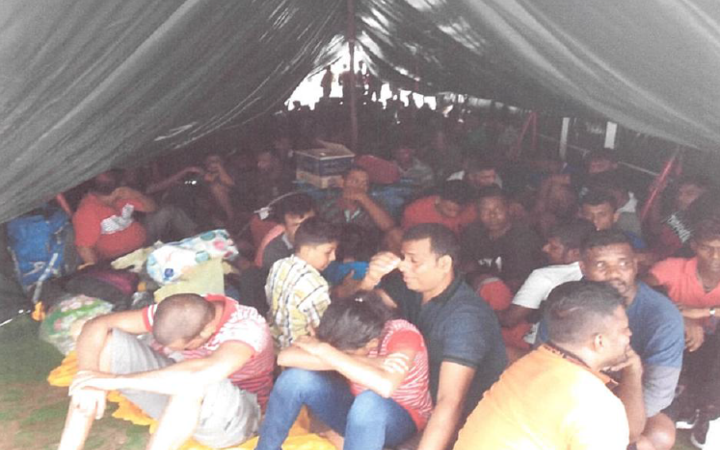 Malaysian authorities halted the modified tanker with 131 people on board on Tuesday and a group of Indonesains and Malaysians were arrested.

Malaysia's national police chief Mohamad Fuzi Harun said the large-scale and cunning human smuggling syndicate had been operating for a year and had connections in New Zealand, as well as in Sri Lanka, Australia, Indonesia and Malaysia.

However a spokesperson for the Refugee Action Coalition, Ian Rintoul, said he doubted the ship could have gone far.

"It's got a long way to come, even from Malaysia... and certainly the accommodation... it's not equipped for any long distance thing.

So I think, on the face of it, there's no possibility that it could be thinking of attempting to go to New Zealand."

However he said a ship that size could reach Christmas Island if it was able to avoid the authorities that watch over the region.

"It's a fairly ambitious kind of operation and it's unlikely, given the level of surveillence between Indonesia and Australia, that a boat that size would make it.

He said the authorities were likely overplaying the level of complexity and contacts.

"It could be as small as a phonecall made to a relative in Australia," he said.

"It's not really a highly efficient operation that we're talking about, I don't think we're looking at a very well equipped international syndicate.

"They would know very well in the first place not to try that kind of voyage with a steel hulled ship from Malaysia."