Middlemore Hospital knew about extensive leaks, rot and mould at its main building two years before it says it did. 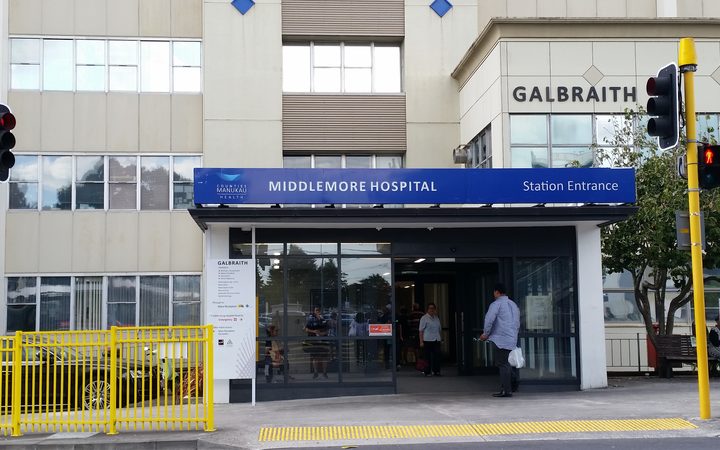 The Counties Manukau DHB has said it was first alerted to leaking buildings in 2012 but, in fact, it was warned in early 2010.

"The cladding system to the lower levels of the building appears to be failing," the February 2010 report by surveyors Dalton said, after it took off cladding at five spots on the south wall of the Scott building, which also houses cardiac care.

It photographed advanced brown rot and light rot in wood frames it rated as "unsound" and described "widespread incipient decay" caused by leaking.

"The use of untreated timber and established decay at corners and sheet edges demonstrates that the [three] lower level storeys are at risk of real future failure."

Counties Manukau DHB acting chief executive Dr Gloria Johnson said that when she told the public in March this year that they were first alerted to the leaks in 2012, she was not aware of the 2010 report.

The Dalton report includes a photo of a fece-stained first-floor sewage pipe, where leaking caused "serious damage" to framing. Board's chair Rabin Rabindran, a board member Mark Darrow and the DHB itself have all said media reports of sewage leaks were overplayed. It's now known there were at least four such leaks of raw sewage.

Greg Simpson, the facilities manager from 2008-16, said: "I do recall that report, and I recall quite clearly reporting that to senior management... and the first board." 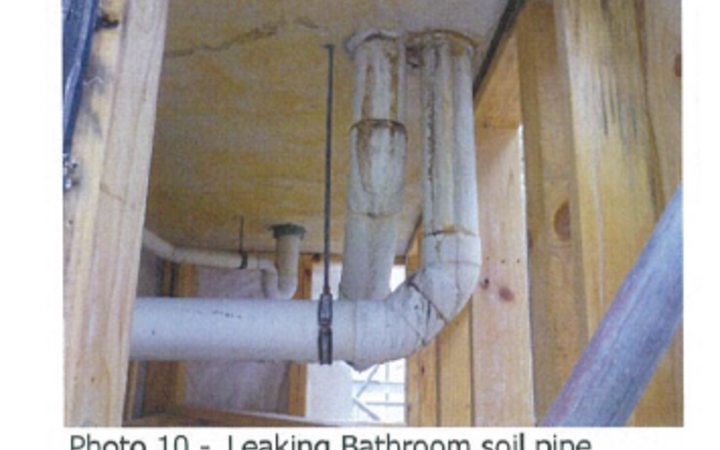 A photo from the Dalton report. Photo: Supplied

Bad leaking at the near-new mental health unit, that led to its current ongoing demolition, had prompted them to ask for the Dalton report to get a feel for the scale of problems at three other similar buildings, Scott, Kidzfirst children's hospital, and the McIndoe which houses the national burns centre, Mr Simpson said.

Mr Simpson said he reported the issue in 2010, asked for funding to do urgent repairs and for a more comprehensive report, but nothing happened.

"I expected to get funding for what I would call fundamental failures... the failure of that cladding was fundamental. We never got that sort of funding.

"Clinical priorities took precedence. At the time they were between a rock and a hard place - they still are."

A comprehensive report was only ordered when a cladding panel fell off the Scott building in 2012.

The DHB told RNZ on 19 March that weathertightness issues were first identified at Scott by initial investigations in 2012/13; and at the other buildings after that, including the Manukau Superclinic.

One problem was board churn, and what information was passed on after each DHB election every three years, Mr Simpson said.

The Dalton report said that some of the cladding installation was not according to instruction "likely contributing to the leaking phenomenon".

A building tribunal in 2015 ruled that Hawkins' faulty work was primarily to blame for the leaking Scott building, which got a building consent in January 2001.

The DHB earlier told RNZ it ran foul of the 10-year limit on sueing over faulty construction in all but the case of the Scott building.

Taxpayers now face a bill of millions of dollars for mass repairs or replacement.

The recladding bill on the Scott alone is at $27.5 million, but the plan is that Hawkins, now owned by Australian group Downer, will attempt to use a technique to renew the mouldy frames and cladding while patients remain in the building.