Visitors to the Waitākere and Hunua Ranges could face hefty fines if they don't comply with new track rules. 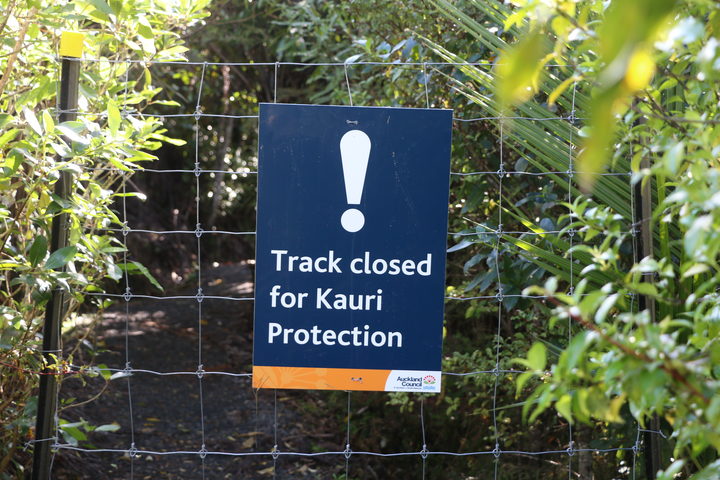 The closure of most of the Waitākere forest and 10 tracks in the Hunua Ranges will be enforced from today and is part of major efforts to slow a disease killing kauri.

The Ministry for Primary Industries also issued strict cleaning and monitoring guidelines across the remaining forest and open tracks.

The spores of kauri dieback disease are spread by soil carried on shoes, and in the last five years, 20 percent of kauri in the Waitākere Ranges have been infected.

There are just 23 tracks open within the forestry area and the council is still confirming how many of the 172 tracks in the Waitākere Ranges actually sit in that area.

Everyone entering and leaving them would have to disinfect their shoes. Covering more than 16,000 hectares, it was the largest conservation effort in the country.

Auckland Council has employed 14 new control officers, who are ecologists, to man both open and closed tracks to ensure visitors were complying with the new rules. 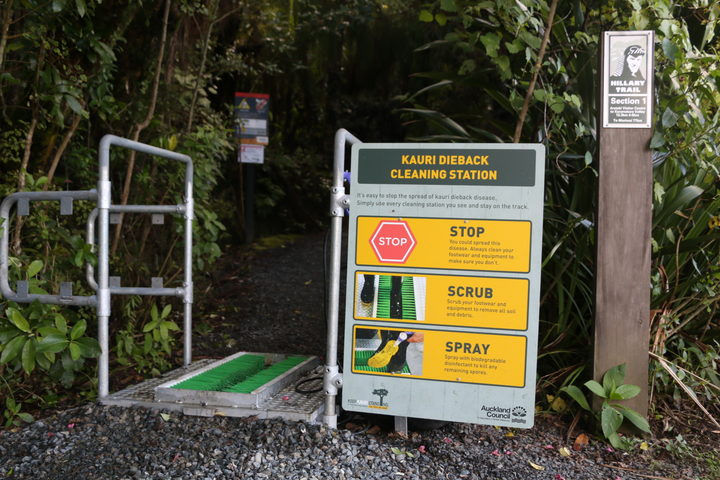 Those who get caught wilfully disobeying the rules could be hit with hefty fines or trespass orders, council biosecurity manager Phil Brown said.

"We have a suite of tools to enforce the closure but the primary thing's to encourage Aucklanders to voluntarily comply."

People caught disobeying the rules on an open track face a maximum penalty of three months imprisonment or a $50,000 fine

Chair of the environment and community committee councillor Penny Hulse said the council would not be able to police every track.

"The more people out patrolling tracks, the more it costs," she said.

"Personally, I would rather that money was spent on pest control and track conditions." 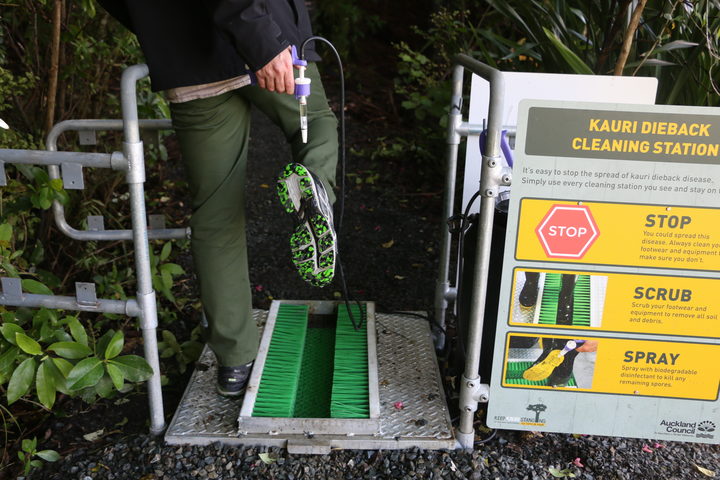 The council would review security measures every few months, she said.

Mr Brown said the council expected to see a 90 percent reduction in people on closed tracks in the Waitākere Ranges.

"We know that we are not going to keep every person out of every track but we do expect the level of compliance we do see will be good for the kauri forest," he said.

Officers were still likely to be present over the long term, he said.

Closed tracks would start to open again once maintenance brought them up to the new standards, Mr Brown said.