The majority of people asking for food parcels have never had to ask for help before, the Salvation Army says. 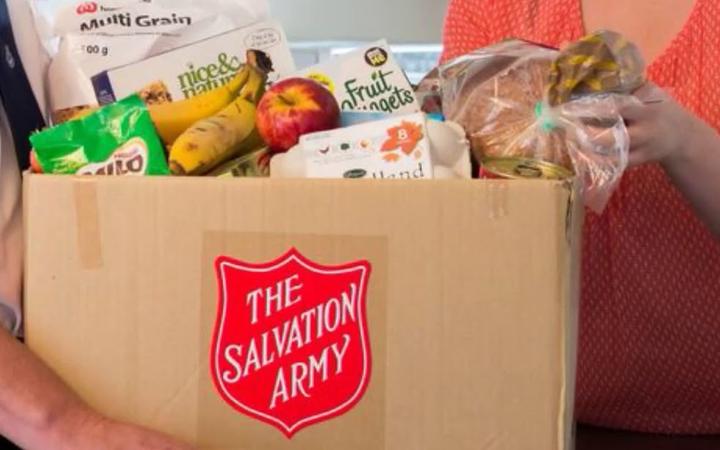 "We're seeing across the country 336 new families presenting each week so that equates to 60 percent of the families requesting help and given that a number of these are not on benefits, that's quite concerning."

Mr Andrews, who is based in the South Island, said Salvation Armies across the south were already feeling the demand in the lead up to winter.

"They're already facing increased challenge on their budgets as they prepare for this next financial year and that's largely around the extra that it will cost to put food on the shelves in preparation for meeting the needs of our clients for food parcels."

He said high rents, petrol prices and health and education costs mean many families do not have enough left over for savings.

"A number of those [asking for help] are in full employment, which is really worrying and it's just an indication that the cost of living is putting pressure on their budgets."

"They're unable to budget to get past that so are coming to the Salvation Army for a food parcel just helps them build up some financial resource."

Mr Andrews said it would not be easy or quick but there could be a change if the right steps were taken.

"It will take some very bold and courageous people to make those changes to close the gap between those who are the new working poor and those who are very well off."

The Wellington City Mission has also noticed an increase in demand during the first three months of the year.

City Missioner Tric Malcolm said it had been the busiest lead up to winter in two years.

She said the increase was unusual but was likely linked to a shortage of rentals, and subsequent high rents, across the capital.

"We know housing is significantly more expensive and that's a continuing trend so we would say anecdotally, connect that to the fact that people can't pay their rent or are struggling to pay their rent so they're choosing rent over food."

She said those on a fixed income were the most vulnerable.

Yesterday RNZ reported the Auckland City Mission had almost run out of canned food as demand was up 25 percent on last year.

Ms Malcolm said the Wellington City Mission was not at risk of running out of food and would lend a hand to Auckland if they needed it.

"We'd put food on a truck and take it to Auckland tomorrow if that's what they need."