Fifty years ago, as the Wahine floundered in Wellington harbour, a young soldier trapped in the city by the storm felt a sense of duty - and went to help survivors as they swept into Seatoun on lifeboats. 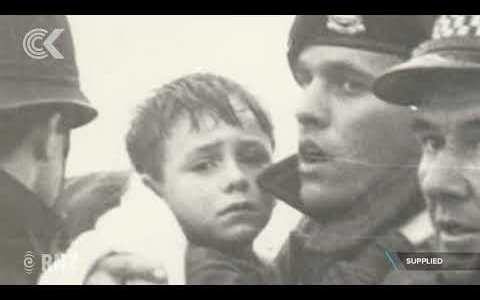 A photographer captured the moment 21-year-old Chris Wilson carried a terrified young boy from a lifeboat onto the shore.

Two years ago, Mr Wilson started to look for the boy in the picture. He had begun to wonder what might have come of him in the decades since.

Mr Wilson did an interview with Checkpoint earlier this month, before the 50th anniversary of the Wahine disaster.

It was seen by a family living overseas, and they got in touch with RNZ to say the boy's name was Andre Farmer. He had died of cancer in 2014, aged 53.

For Mr Wilson, finding out who the boy was, but that he'd passed away, was a bittersweet moment.

"Yes I've found the boy, but I'm not going to be able to achieve what I was hoping to - and that was to sit down over a beer and find out what he'd done over the last 50 years," he said.

Mr Wilson had been determined to find Andre Farmer, despite only spending a few moments with him.

"I think as you get older you start reviewing your life in retrospect and a lot of questions pass through your mind. It's like old girlfriends - you sort of think 'I wonder what's happened to her, and did she have a happy life?'.

"The same applied to this boy - what happened to him and did he have a happy life?"

Andre's brother Ivan Farmer was the first to contact RNZ to say he knew who the boy was.

He was sent the story by his son in the United Kingdom who had seen it online.

Ivan's account of the day helped fill in some gaps as to how Andre ended up in Mr Wilson's arms.

Ivan, Andre, their brother Kim and their mother were going to Wellington to catch a ship. They were heading to Australia then Zimbabwe, where their father was waiting. 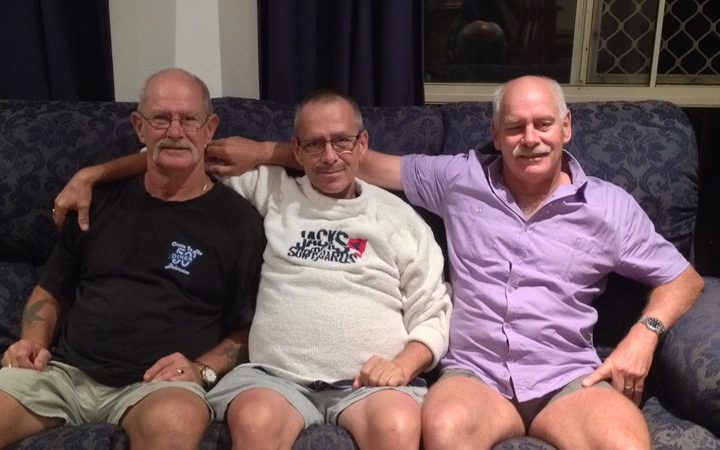 Ivan Farmer was the only one still alive, and had vivid memories of the ship sinking.

He was thrown overboard into a life boat by his brother Kim, because his mother said she couldn't take care of all of them as they abandoned ship.

What happened next wasn't clear - but he understood his mother, who couldn't swim, and his brothers jumped into the heaving sea - and were pulled onto a rubber raft that quickly capsized.

"I think from then they were rescued by a tug-boat - Andre somehow got separated and from then on in I don't know what happened to him."

The boys were reunited at a makeshift hospital, Ivan said.

"I'm lying there by myself and somebody wheels in another bed with another child in it, and low and behold it was my young brother, and I looked at him and said 'Andre'.

The next day the family boarded the ship to Australia, after being looked after by kind Wellingtonians who clothed them, and helped them get new passports.

Ivan was carried onboard kicking, biting, and screaming, he said.

His mother didn't talk about the disaster much afterwards.

Andre's son Brett Farmer said his dad was the same. The 31-year-old lived with his family in Australia.

Like the other survivors - his father was expected to just get on with his life, despite the trauma he'd endured.

"I spoke to my brother a little while ago and he remembers Dad telling us that whenever he went to the beach his heart would skip a beat whenever a wave would crash near him.

"We didn't go to the beach a lot because he was afraid of the water. Not afraid of swimming, but more of the sound of the ocean."

His father lived a full life, immigrating to Australia from Zimbabwe in 1988, he said.

"He worked very hard, that's all I remember him doing, was working just to provide for us, which was amazing. He was very stubborn ... but he was funny, he was always funny. He always had a smile. If he was grumpy he still had a bit of humour behind his grumpiness."

While Mr Wilson will never meet Andre - he's been in touch with two of his brothers, and his oldest son - they're all grateful to him, and amazed he was looking for Andre.

Finding out who the boy in the photo was meant at least the mystery was over.

"It's closure whether I like it or not, and I don't like it. I would have liked it to have the other ending, the alternative ending, where we did meet."