A range of sectors came together today, with the goal of working towards a sustainable future for New Zealand. 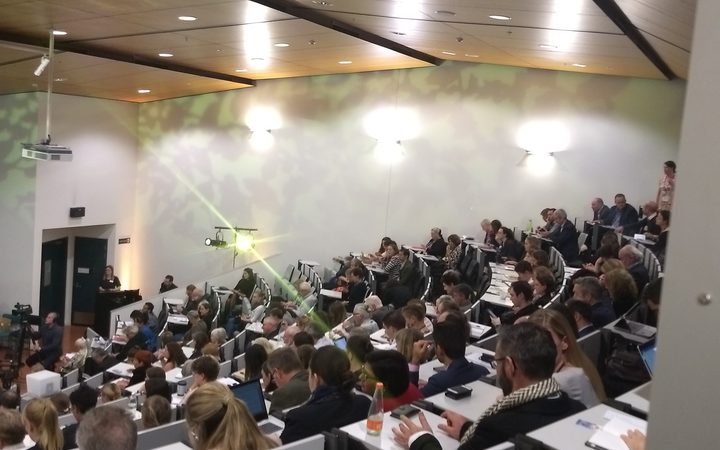 The United Nations has set goals for countries, including New Zealand, for a more sustainable future by 2030.

However, a meeting will be held in July on how to strengthen their implementation, of which New Zealand will be present.

Key players have been discussing how we would achieve those goals in New Zealand, at a summit held by Victoria University today.

International Indian Treaty Council's Andrea Carmen travelled from the United States to speak at the event.

She spoke about the crucial role indigenous people play in a sustainable future.

Mrs Carmen said that shows society can learn from indigenous people, but stressed the importance of collaboration.

The Sustainable Business Council chief executive, Abbie Reynolds, said the business community also wanted to be part of the change.

She said many companies were already doing great work, but they were reluctant to speak out.

"CEOs or senior communications people say they don't want to talk about it until all these other things are lined up, because they're concerned if they don't have a perfect story then they're going to attract criticism, so it's a lot easier to be quiet than speak publicly on these things," she said.

But, now the issue was how to implement it.

"Instead of trying to chase 17 goals separately, if we have the relevant data and models, what are the two or three goals we can focus on in the first instance to have the biggest impact on all sustainability goals?" he said.

A general theme among speakers was the impact these goals will have on future generations, either through their environment, or the society they live in.

Children's Commissioner, Andrew Becroft said it's crucial the goals are met as children in New Zealand were already struggling.

"Too many of our kids, 10 percent, really struggle and are as bad, if not worse, than any other western world counterpart, 20 percent are at a disadvantage. For that 30 percent we've got to do much better," he said.

Mr Becroft said awareness of the goals was still lacking in this country and there must be a comprehensive, co-ordinated plan with someone in charge.

"I'd like either one person, or group of senior executives, to lead SDG implementation and do that in a co-designed way with business, Iwi, NGO's and children," he said.