The iwi involved in a peat mining venture in the Far North says it's disappointed the Conservation Minister wants to derail it. 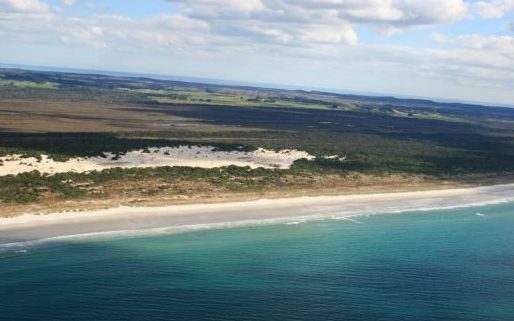 The Auckland company Resin and Wax Holdings has been granted resource consents to dig over land owned by the iwi Ngāi Takoto, in the Kaimaumau wetland.

The company plans to extract valuable industrial compounds from the peat, using a chemical process perfected in the United States.

The project has had several government grants from the Callaghan Innovation fund.

But Eugenie Sage said this week peat-mining in a wetland belonged in the last century and she was considering a legal challenge to the consents.

Ngāi Takoto said that would be a blow to their hopes of a better economic future.

Iwi chief executive Ranginui Marsden says part of the Kaimaumau wetland the iwi owns is in fact a dry wasteland, covered in wattle and weeds.

He said it had been dug over in the past and contrary to DOC's claims there were no rare species in it.

"The reality is, the land is probably the biggest Australian wattle farm in Northland. We bought it with our Treaty settlement because that area has cultural significance for us but it's actually our biggest liability," Mr Marsden said.

The Conservation Department, which has a protected wetland bordering the iwi land, says Kaimaumau is home to a number of threatened species, including birds, lizards and rare native orchids.

But Mr Marsden said that was not the case on the Ngāi Takoto land.

"The Department of Conservation tends to find various rare species in order to not allow things to happen," he said.

"If they can convince me that those species live in harmony with Australian wattle, I would like to believe that. But the reality is the place is an absolute mess."

The Regional Council said at least part of the site no longer satisfied its definition of a significant indigenous wetland and the company had excluded significant wetland areas from its planned digging operation.

It said a large majority of significant indigenous vegetation that was set to be removed would be re-established in the same or other areas.

That would allow Ngāi Takoto to make more efficient use of the land for commercial activities, the council said.

Ranginui Marsden said peat-mining would improve the environment by removing toxic resins from the soil and replacing it, making it more fertile for agriculture.

"The Crown, who owned it originally, were the ones who sold it previously to private interests for forest or farming opportunities," Mr Marsden said.

"So I'm bemused to hear that the crown which did nothing with it and sold it off 'cos it was of no value to them ... and suddenly it becomes a major conservation space when iwi have it returned back into our care."

A spokesman for Eugenie Sage said the Conservation Minister expected to receive legal advice next week on whether there were grounds to challenge the Resin and Wax resource consents, which were non-notified.