Two primary school children have won a global competition to escort FIFA World Cup players into the field when it kicks off in Russia in June. 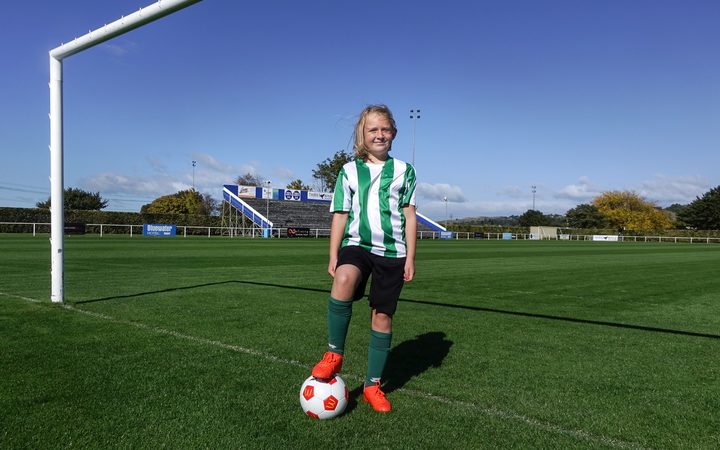 Eight-year-old Sophie Heywood from Waipukurau, and nine-year-old Isabel Bristow from Petone, will be among 16 children from around the world travelling to St Petersburg in June to escort the players.

After the All Whites failed to qualify for the tournament they'll be the only Kiwis to make it onto the playing field.

For Sophie, who will escort the Brazilian team in their game against Costa Rica, that's a slightly daunting task.

While she's not sure who exactly she's looking forward to meeting the most, she is pretty excited about her first ever plane trip.

"I think there's going to be three plane trips... I'm looking forward to looking out the window."

Sophie, who plays for Central Hawke's Bay Junior Football, and Isabel, who plays for Petone Football Club, were chosen from 600 entries nationwide in the McDonald's Player Escort Competition run in collaboration with NZ Football.

Sophie will travel with her mother Rebecca Heywood on an all expenses paid two-week trip to St Petersburg.

Her twin seven-year-old brothers William and Cameron reckon they're not even the tiniest bit jealous of their big sister's trip as they're looking forward to spending quality time with dad at home.