Residents in the west Auckland suburb of Whenuapai have just had their power restored after eight days off the grid. 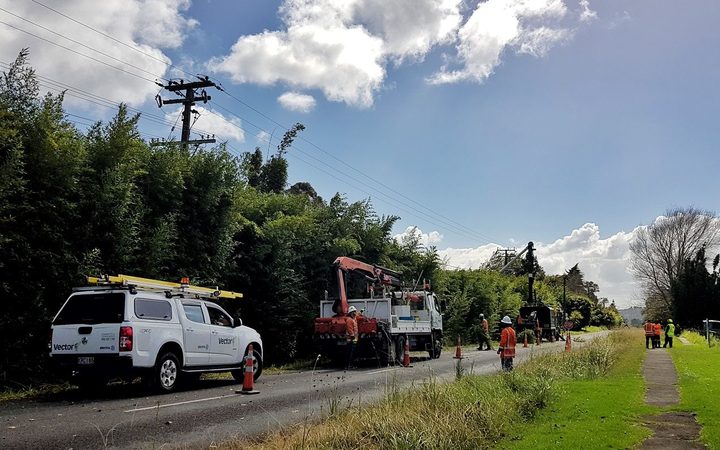 About 20 homes in one street had been blacked out since a storm swept across the city last week, knocking out power to much of the region.

Vector said all but two homes had power restored this afternoon.

Locals said they could not understand why repairs took so long.

One of them was a woman coping with a daughter receiving palliative care in her blacked-out home.

Another of the residents, Mark, told RNZ he met a lines worker who thought the problem was confined to just an isolated home or two.

"Then they started taking photos and now I've just spoken to a chap who said the photos weren't clear so he's come to take some more, and I said, 'Well when is it going to go on', and he said 'It could be tomorrow' and I said, 'Come On!'".

Further down the road Glenn Stephen rigged up a generator, but said the rest of his family had to move out.

"My family went down to the in-laws Thursday last week expecting the power to be restored fairly soon, and they've been staying down there," he said.

Residents believe trees and a bamboo hedge have been interfering with the lines, but little real work had begun by early today.

Sharon Noble is living with her adult daughter who is receiving palliative care at home, and she has had to manage her daughter's medication in the dark in the evenings.

Ms Noble said she had been bringing home hot water from the school where she works, and life had not been easy.