Only a few hundred properties remain without power almost a week on from the storm that created havoc with Auckland's electricity network. 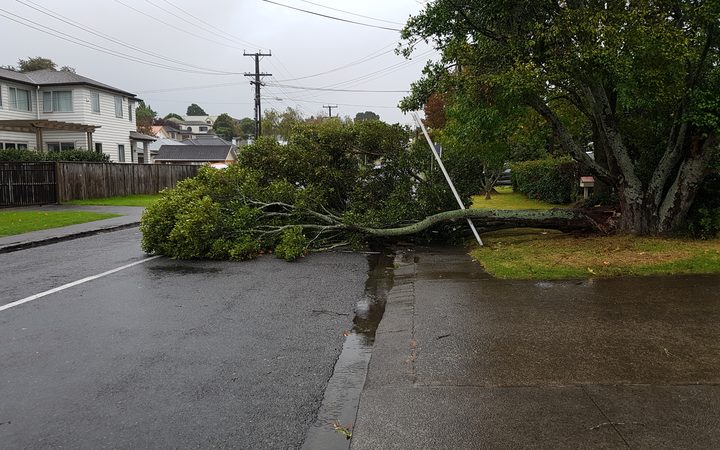 A tree at One Tree Hill that was brought down by the storm. Photo: RNZ / Tom Furley

Vector said all known damage to the main supply lines had now been repaired but work was continuing on localised damage and some areas might be without power until Sunday.

Crews are also working around the clock to restore hot water.

A spokesperon for the lines company said it was also helping to repair parts of the network not managed by Vector.

For a list of the estimated times of power restoration by suburb, go to the company's website.