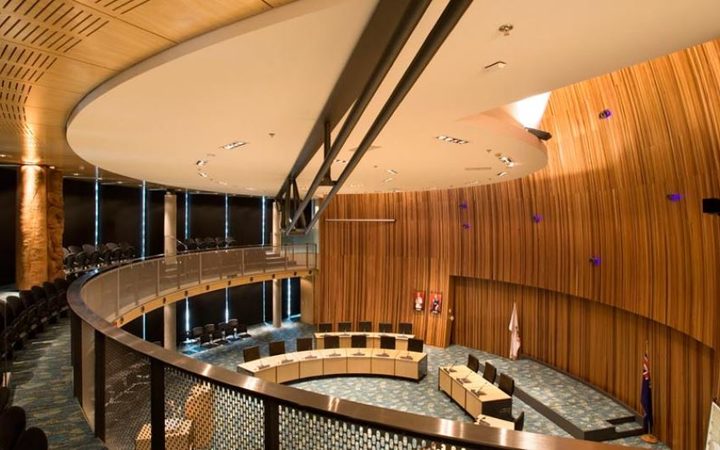 Not so fast, said the inner circle of senior councillors.

They believe there are answered questions about whether cashing-up all seven properties around the region is the right thing to do.

The council's "sale of the decade" is the first big rationalisation since eight local bodies were merged into the single Auckland Council in 2010.

It needs to keep local service centres and some hubs, but no longer needs the scale of office space used by its predecessors.

The sell-off has been driven by the council's corporate property and finance teams, wanting to re-invest proceeds in new offices better suited to its needs.

But the future of the former Waitakere City Council headquarters in Henderson - worth an estimated $57.7 million - is one of the most sensitive sales.

Possible sales were to have been voted on today, but have been postponed for a month while more work is done on a plan some councillors fear is too focussed on the cash.

In the Henderson case, local sensitivity surrounds the wing housing the distinctive council chamber, just part of a complex which won four design and architecture awards after opening 12 years ago.

Local politicians have called for that wing to be retained for community purposes, with the balance sold for urban regeneration such as conversion to apartments.

The Henderson complex was built adjacent to the railway station, and it's design embodied much of the environment-friendly thinking of the self-styled Eco-City, Waitakere.

Four other former council headquarters are on the quit list, one of them leased, as well other property.

In the CBD, the Waitemata Local Board is opposed to any rush to sell the second big-ticket building, the $52 million Graham Street office block.

The board considers it a possible site for an inner city public school as the CBD population grows.

Another strategic site is the ground-level carpark on Mayoral Drive valued at $28 million. It sits next to a future entrance to the Aotea underground station on the City Rail Link. 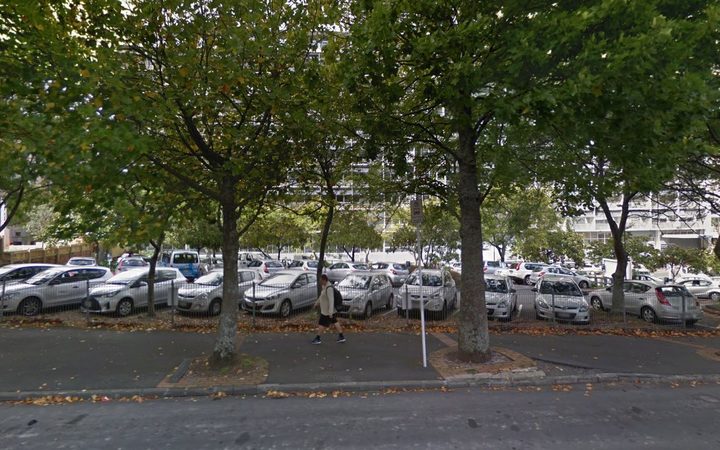 A $28 million carpark sits adjacent to where the Aotea underground station will be built. Photo: Google

The report which the chairs of the council's main committees put the brakes on, urged early moves to take the properties to market, to fund the development of 3 new sub-regional hubs along with local service centres.

"We have major capital expenditure constraints and are anticipating a significant Ten year Budget shortfall with the current (property) portfolio," it said.

"By selling early in the programme with a short-term lease back, we can generate significantly more disposal proceeds."

"The property market conditions are currently very strong, and are considered favourable for disposals."

The council also wants to quit the gold-plated lease for the former North Shore City Council HQ in Takapuna, which costs it $6m a year to rent and run until 2021.

The council's Finance and Performance Committee will consider a broader look at the sale plans next month.