Opinion - Spark has a huge opportunity to shake up pay TV - but it needs to get sports streaming right. 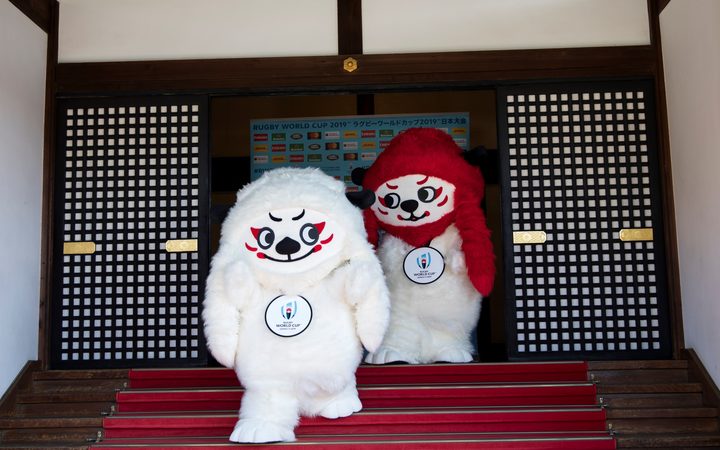 Mascots Ren (L) and G (R) are pictured during a photo session to unveil the official mascots of the Rugby World Cup 2019 in Tokyo Photo: AFP

There's always been one half decent option if you really wanted to watch the rugby but didn't feel like lining Sky TV's pocket - head to your local pub.

But will that still be an option for rugby fans during next year's Rugby World Cup in Japan, with the news confirmed that Spark and TVNZ were the group that outbid Sky for the rights to screen the tournament?

Will broadband be good enough in the regions where the ultra-fast broadband hasn't yet reached, to offer a reliable high-definition stream of the games in heartland New Zealand?

The win for Spark and TVNZ throws up a host of questions about just how the two will deliver the service. For the seven games guaranteed to be shown free-to-air, that's not complicated - TVNZ will show them on one of its channels as it has with the Commonwealth Games and we'll be able to watch them via Freeview satellite and terrestrial TV services - and ironically, maybe even on Channel 1 and Duke on Sky's own platform.

But Spark says it will charge around $100 for a subscription to view all 48 games, via an online streaming service that won't be its existing Lightbox online TV app, but likely something similar to Sky's Fanpass service. There'll also be the option to buy one-off games, a great service Sky used to offer on Fanpass but replaced last year with a less flexible monthly subscription.

Offering a Fanpass-type service in itself shouldn't be too complicated for Spark to deliver - it already has the Lightbox app on our screens. But the back-end nuts and bolts of streaming live sport is more complex, something Sky took a while to master with plenty of game time glitches along the way still a painful memory for many sports fans.

Spark will need to make some arrangement to allow the premium games to be shown in pubs and clubs around the country, as Sky currently does with its satellite service. The alternative doesn't bear thinking about - empty pubs and a dead atmosphere as people stay at home. At least the lure of free Sky drags people out of their living rooms on a Saturday night.

The service will also need to be offered over the top - so any subscriber, not just a Spark customer, can stream them. Again, that's what Sky does with Fanpass.

The copper line broadband network will face a big test. You typically need at least a 5Mbps (megabits per second) download connection speed to reliably stream high-definition video. On paper, many of Spark's own ADSL connections are up to it, but in reality in rural areas and with extra load on the network, it could be buffering mayhem. Obviously, fibre subscribers like myself with my 100Mbps connection will fine.

Spark will likely look to its 4G mobile network to take some of the strain, perhaps zero-rating streams of the games for its paying subscribers watching on tablets and smartphones.

Ultimately it's a big risk for Spark and its partner TVNZ. It will be unforgivable if they screw up delivering coverage of such an important sporting event.

But if they can get this right, it changes the market dynamic in pay TV here. Everyone knows sport is the jewel in Sky's crown. If Spark can make the Rugby World Cup work and bundle it cleverly with its mobile and broadband packages, like it has done with Lightbox and Spotify, it will definitely be game on.

*Peter Griffin is a science and technology journalist and cohost of RNZ's Bits+Bytes podcast. @petergnz