Prefabricated housing is an option the government is looking at to increase the number of new homes being built, says Building and Construction Minister Jenny Salesa. 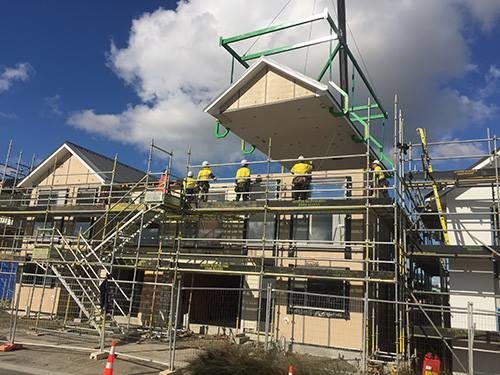 Ms Salesa told TV3's Newshub Nation, the government was in talks over developing a factory for prefab houses, but said it was too early to give details.

The advantage of building prefab homes was that they could be built quickly, she said.

Ms Salesa said there was a skills shortage in the building sector, likely to grow to 40,000 people, needed by 2020.

She acknowledged that it could be difficult to get a mortgage for a prefab house and said that was something the governmment was looking at.

Economist Shamubeel Eaqub told Checkpoint in May that prefabrication was risky business, but it may be the only way for the government to construct the 30,000 houses per year needed in New Zealand.

The government's Kiwibuild scheme aims to produce 10,000 homes a year for 10 years.