Several hundred people were forced to evacuate a 13-floor office building in Wellington's CBD yesterday afternoon, despite being told the day before that it was safe to occupy. 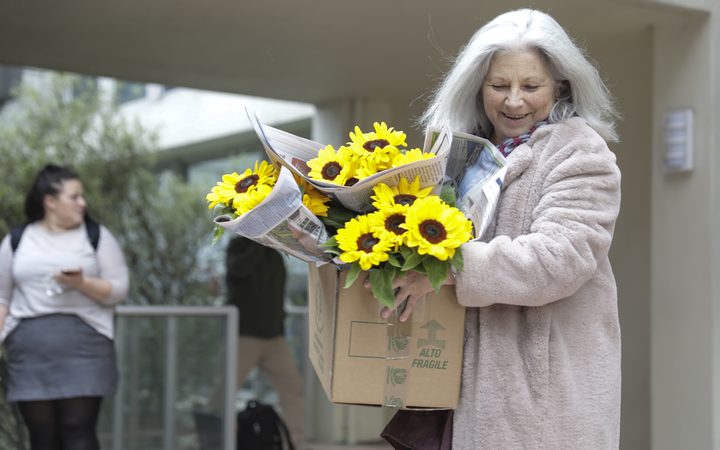 Workers were given two hours to collect their belongings before the building was shut down. Photo: RNZ / Rebekah Parsons-King

Cracks in the floor from heavy concrete pillars were found on multiple levels raising alarm about the 79 Boulcott Street building's capacity to withstand an earthquake.

A letter given to RNZ dated 5 April showed the engineering firm who undertook the inspections, New Zealand Consulting Engineers Limited, told the property manger, Rolle Consultancy and Management, they had assessed the building and it was safe. 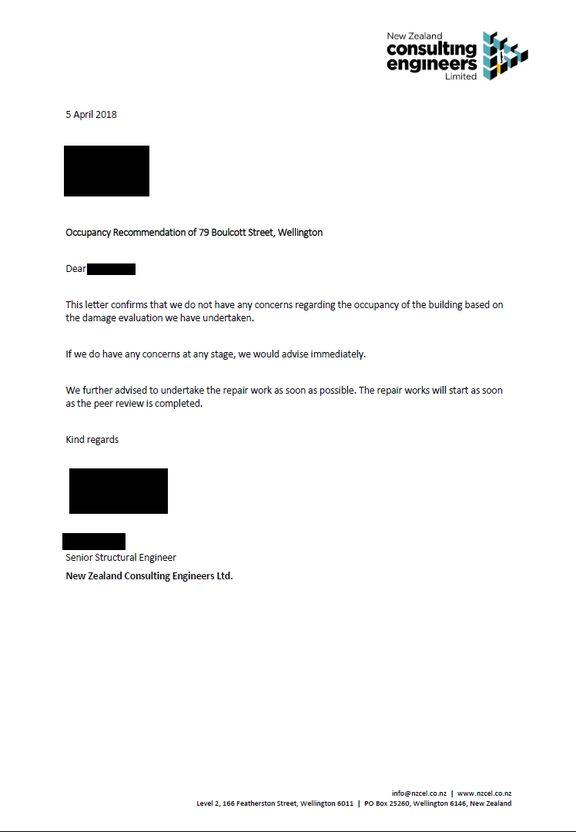 Rolle Consultancy then emailed the letter to tenants over the next few days, with some only getting it on Wednesday.

Tourism Industry Association chief executive Chris Roberts, who is a tenant, said he is unsure what has happened.

"We received a letter as recently as [Wednesday] from the engineers saying that there were no serious concerns and that the building was safe to occupy. So something has obviously happened between receiving that letter yesterday and today.

What happened was an intervention by Wellington City Council.

"We had engineers from the council look at it and we decided that we needed to have further discussions and it was at that point the building owner's engineers felt that they weren't satisfied that the building was safe to be continually occupied."

The firm then back-tracked on the safety message and soon after, the call was made to evacuate.

The building is not on the city council's earthquake prone list, but an engineer's inspection was commissioned anyway by its owner late last year.

The report, which came back in November 2017, identified cracks in the floor and ceiling around internal pillars in the shape of large spider webs. 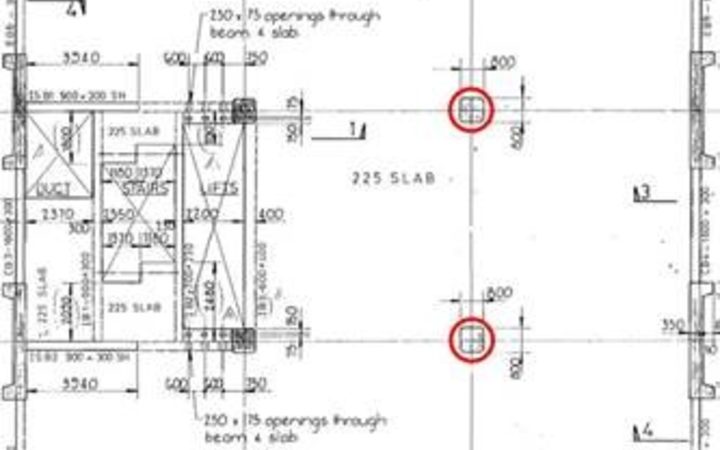 A map of the building that shows the damage. Photo: Supplied to RNZ

In an email sent to tenants by property manager Melissa McGhie it said the cracks were unlikely to have been caused by earthquakes.

"These cracks are called punching shear cracks. This is a sign that the flat slabs are working hard due to the column gravity loads (downward force tries to punch slab through). In the first instance from what we can see at this stage this seems not earthquake related, but could impact its earthquake capacity in the future event."

Consent to repair the cracks was lodged with the city council early last month, but follow-up questions from the council sent the engineering firm back to the building on 5 March to assess it more thoroughly.

It was upon looking at this report on 11 April, that the council became worried about the building's safety.

Mr Mendonca said it was unclear how long the building had been unsafe for.

"We're waiting for some engineering advice ... but potentially they have been in there for a while, while there has been a risk." 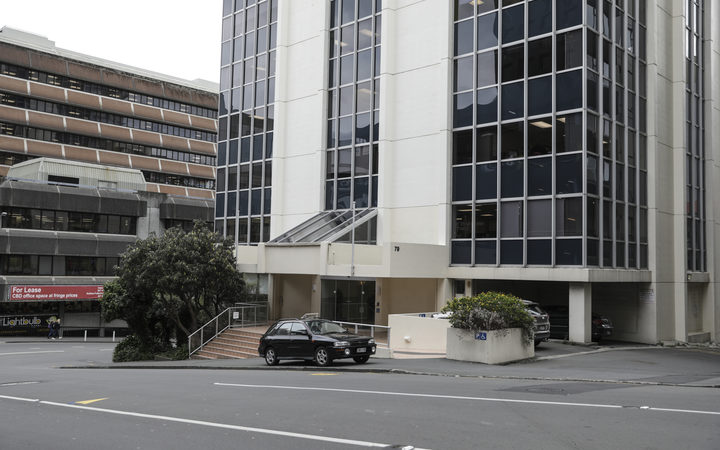 He said the council did not know the engineering firm had told the property manager the building was safe.

He said what happens next was up to the building's owner, but the council had questions.

"There are a whole lot of questions out of this that we need to answer, we're not in a position to do that yet. Our focus today has been working with the building owner around the immediate safety concern but there are certainly some questions that we will be asking and expecting answers to over the next couple of weeks."

The property manager has told tenants they can expect an update in two days.